Italy is full of natural and cultural wonders. What better way to discover them than by bike? Cycle tourism is becoming more and more popular in Italy and cycling around the peninsula is a wonderful experience now accessible to everyone. Numerous circuits throughout the country allow you to fully enjoy the beauty of the territory and discover unique places.

What are the best routes? We have selected 3 for you!

Garda by bike: the queen of cycle paths

On the shores of Lake Garda, the largest lake in Italy located in the north of the country, there is a cycle path with exceptional views, inaugurated in 2018. Made of wood, steel and iron, it took bring in helicopters and climbers for its construction, which lasted two years.

Nicknamed the “most beautiful cycle path in Europe”, it is undoubtedly the most spectacular in Italy. On a circuit around 2 kilometers long, the track hangs 50 meters high on the side of a cliff and offers a breathtaking panorama of the magnificent Lake Garda. The path, which extends from the municipalities of Limone sul Garda and Riva del Garda in the province of Brescia, is accessible to pedestrians and cyclists.

In 2021, the “Garda by Bike” will be extended to become a 140 km long cycle path that will cross the three regions bordering Lake Garda: Lombardy, Trentino and Veneto. It will thus allow cycling around Lake Garda through a route, although rather long, accessible to all cyclists, whatever their age and level.

The Flower Cycle in Liguria

The 24 km long cycle-pedestrian path of the Riviera dei Fiori Coastal Park, called the Cycle of Flowers, connects San Lorenzo al Mare and Ospedaletti. A section was built in place of the old railway line which served the Ligurian Riviera from 1872 to 2001. This railway line depicted in many books and films thanks to the beauty of the places crossed, is a real piece of history, which has seen the development and changes of the Riviera dei Fiori.

The route offers unique views and panoramas, between sea and nature, and crosses many picturesque villages along the Mediterranean coast of the Riviera di Ponente. Suitable for families and novice cyclists, it is a wonderful way to discover the charming Ligurian countryside and to walk along the seafront. The beaches of San Lorenzo al Mare and San Remo are, for example, easily accessible from the track. cycling. In addition, it is bordered by numerous bicycle rental centers, rest areas, benches, water dispensers and playgrounds.

The Dolomites by bike

In a beautiful valley of the Dolomites, an old railway line, which connected Calalzo di Cadore and Dobbiaco during the First World War, has been converted into a cycle path. This walk on two wheels is one of the most fascinating of the entire Alpine arc because it allows you to pedal in the heart of the panoramas recognized “Heritage of humanity” by UNESCO.

The cycle path unfolds in the middle of the mountain pastures, runs along the shores of crystalline lakes and majestic cliffs, and passes at the foot of the most emblematic peaks of the Dolomites (such as the famous Tre Cime di Lavaredo or the Tre Scarperi). The landscapes are breathtaking and the circuit, easy, is accessible to all. 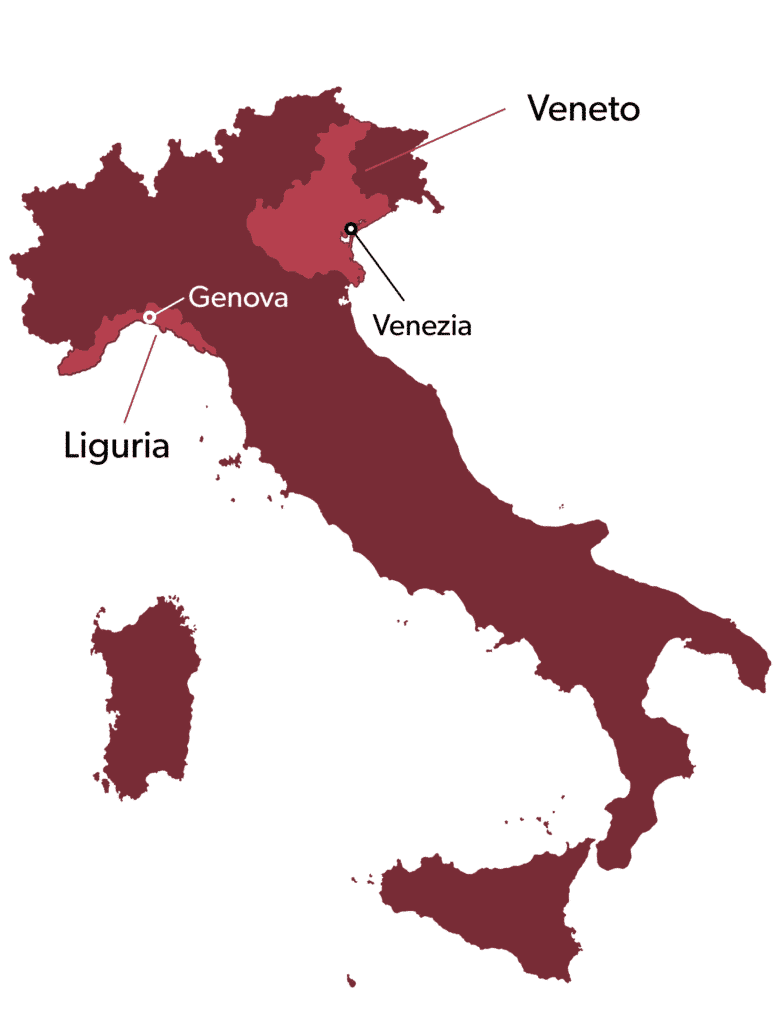 Environmental, economic and social sustainability in the wine sector

Italian Wines Perfect for the Winter