Located in Puglia, the Alta Murgia National Park is where nature, history and culture come together in harmony. The park covers over 68,000 hectares and was established in March 2004 with the aim of protecting the Alta Murgia’s naturalistic, historical and cultural significance.

The Alta Murgia National Park, which covers over 68,000 hectares, was established in March 2004 with the aim of protecting the Alta Murgia from a naturalistic, historical and cultural point of view.

The Alta Murgia territory represents one of the most important areas in Italy for the protection of dry grasslands and the presence of rare native plants. The Murgia represents a biotope of great value for the conservation of biodiversity, not only for the considerable wealth of species present, but because it represents a rare environment in its complexity and is rich in rare and internationally threatened species. Within the park there are 1500 floristic species of the 7000 total found throughout all of Italy, equal to over 20%. 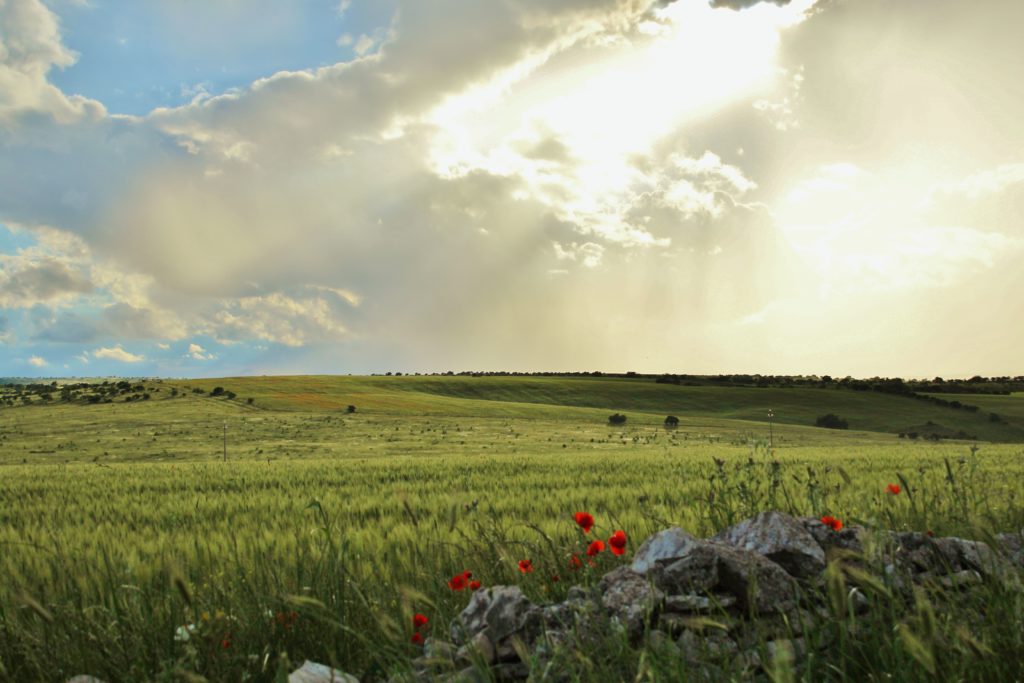 The highest points in the Murgia are all included in the Park such as Torre Disperata (686 m), Monte Caccia (682 m), Serraficaia (673 m) and Monte Scorzone (668 m), all located on the west side. The central territory of the Park has absolutely no urban centers, the park’s 13 municipalities are found along the periphery. There are over over 600,000 inhabitants distributed in throughout these 13 municipalities, which have contributed to these areas now protected in what is Europe’s largest “rural park”. Exploring the immense Murgian expanses it is possible to notice the rural architecture which today has great historical and architectural significance. 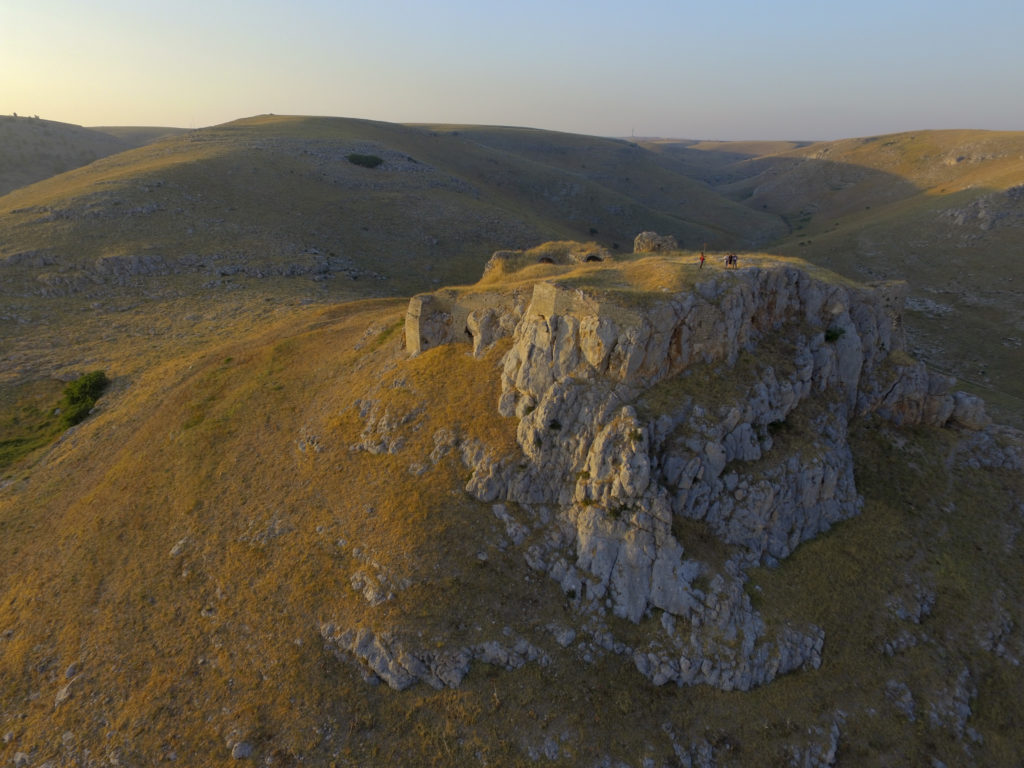 The woods are almost absent representing a few thousand hectares. The most characteristic element of the territory under the naturalistic aspect are its vast rocky pastures. It is an environment that may appear not as interesting, in reality it is a habitat that is very rare along the Mediterranean and is protected for this reason.

The park therefore includes the natural environments and landscapes of great interest, including the Pulo di Altamura, the Cava dei dinosauri, the Grotta dell’Uomo di Altamura, Castel del Monte, the Murgia slope, most of the woods and vast expanses of rocky pastures and arid grasslands, which is the habitat of the park’s famous numerous species of wild orchids. 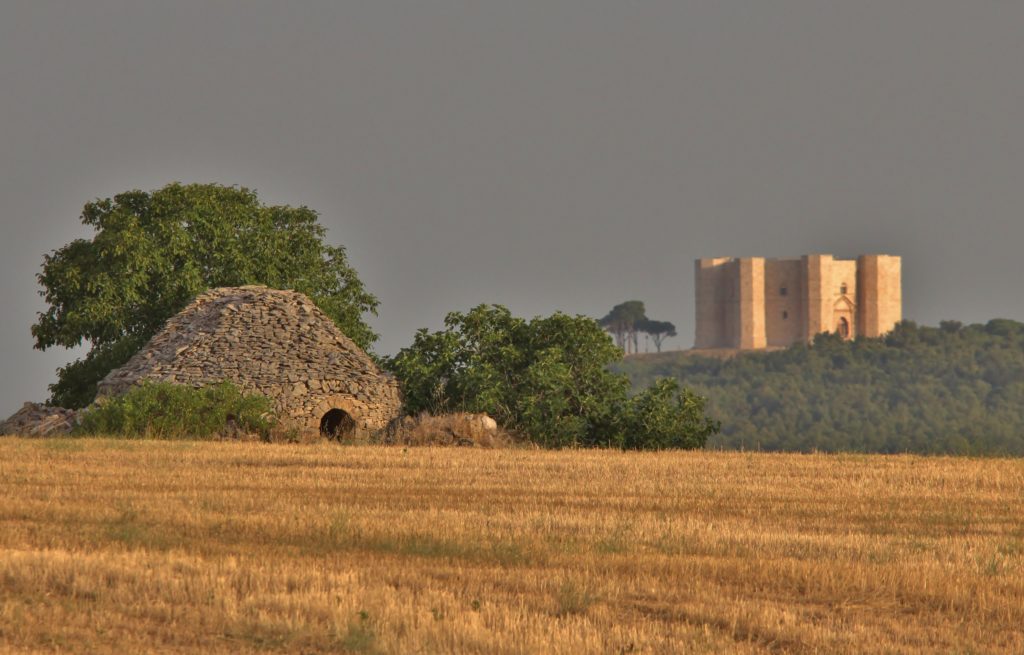 The Fauna of the Park

The territory of the Alta Murgia welcomes one of the most varied fauna of all the southern Italy. Among the birds there are some of the most important species populations of the Mediterranean basin, including the calandrella, the calandra, the tottavilla, the lark, the cappellaccia and the occhi. There is also the presence of different species of birds of prey including one of the most important populations in the world of lesser kestrel falcon, a priority species for protection within the park. The park also constitute one of the most important resting areas on the bird’s migratory routes that unite the African continent with northern Europe. In the park area, cranes, golden plovers, lapwing, marsh harriers, lesser and royal harriers can be seen during migration periods. Among the nocturnal birds of prey are the barn owl, the long-eared owl, the owl, the scops owl and the tawny owl. 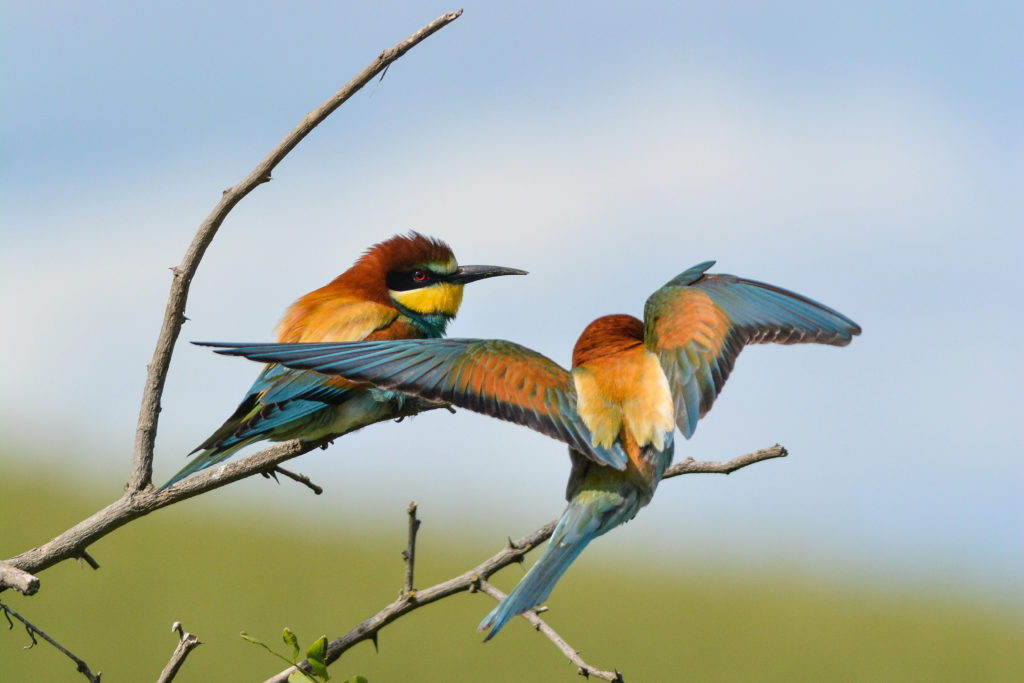 The Murgia is the habitat of amphibians such as the Italian newt, the yellow-bellied toad, the green frog and the emerald toad and reptiles such as the kotschy gecko, the lizard, the cervon, the leopard-colored colubro, and the viper.

Among the mammals there are the fox, the weasel, the beech-marten, the badger, the hedgehog, the porcupine, the wild boar and the wolf.

The Park is rich in archaeological finds of world importance, as evidenced by the findings of the fossil skeleton of the “Uomo di Altamura”. The man of Altamura is complete and well-preserved skeleton of hominids which lived 150 thousand years ago, found in the Cave of Lamalunga, near Altamura. This is a unique discovery in the world due to the perfect preservation of the skeleton.

The Cave of Lamalunga is of great importance also for the fossil finds dating back to an even older period, between 400,000 and 500,000 years ago. The Cave of Lamalunga is 60 m deep and is accessed by a sinkhole about 8 meters deep. Since the cave is inaccessible directly to the public, in the nearby eighteenth-century farm of Lamalunga it is possible to make, through images, a virtual visit of the cave.

Another exceptional discovery was made in the territory of Altamura in 1999. In a quarry located in the Pontrelli locality, Dinosaur footprints have been found, belonging to at least 5 different species, both herbivores and carnivores, fossilized in limestone. The peculiarity of the site consists in the high number of footprints: the presence of around 30,000 footprints is evaluated and the incredible concentration of traces makes it the richest field in the world. 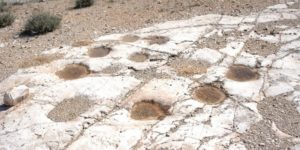 Also about 13 km from Corato, in south-southeast direction, in San Magno, a grouping of tombs was found dating back to a period between the 7th and 4th century BC.Bronze and iron objects and mostly fragmentary pottery have been found in the tombs.

A Trek through the Pulo of Altamura

The Pulo of Altamura, the main destination of the park  is a wide karst (dolina) known for its striking presence. The landscape reveals the presence of other small sinkholes and cave as well as dry valleys where rainwater flows. The whole area contains traces of a history of construction and demolition of innumerable stone structures, barely perceptible among the vegetation of the pastures. The path crosses almost entirely along typical park pastures, green and very rich in orchids in spring. 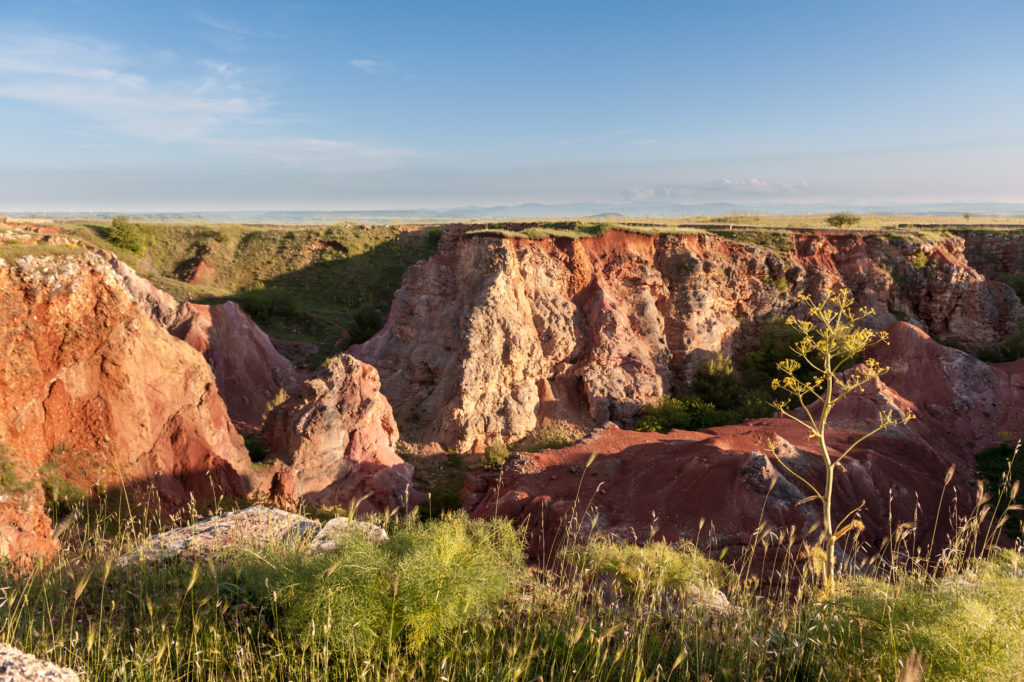