Calabria is known as the crossroads of Mediterranean cultures and throughout its history has been home to several people, especially the Greeks, dating back to antiquity. This Greek history is evidenced by an area in the Calabria called the “Area Grecanica” or “Bovesia” where you can still breathe the air of ancient Magna Grecia (Latin for “Great Greece” as named by the Romans for the amount of Greek settlers in the area) .

The Grecanica area includes several municipalities in the province of Reggio Calabria, some of these municipalities have become ‘ghost villages’ as inhabitants have moved to larger cities in search of work. However, there are still some residents out of the 20,000 who inhabit the area which have kept their languange, cusine and culture alive. Here are some beautiful ancient villages to discover throughout Calabria’s “Area Grecanica”.

List among the most beautiful villages in Italy, Bova is considered the cultural capital of the Grecanica area. Among the sights to visit in the village be sure to see the church of San Rocco, located at the entrance of the town and well as ruins of the ancient Norman Castle, which offers some of the best panoramas in the south of Italy.The village also houses two important museums: the Museum of the Greek Language and the Aspromonte Civic Museum of Paleontology and Natural Sciences.

The cuisine is a mix of typical Mediterranean flavours with those of Greek origin. There are several dishes to try, such as maccheroni with goat sauce, ‘tagghiarini’ with chickpeas, goat meat “alla vutana”, cured meats (such as capocollo and soppressata) and cheeses such as musulupi. 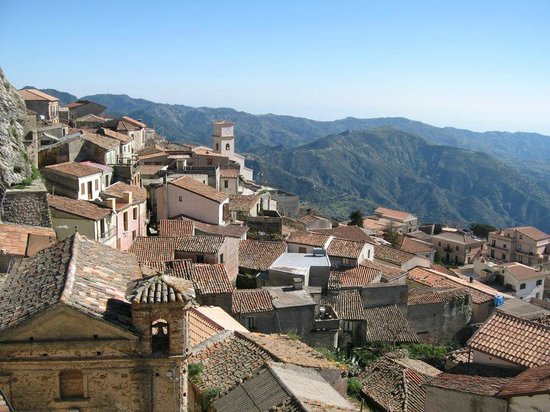 Perched high on a rocky outcrop, with buildings precariously built under overhanging cliffs, is the beautiful remains of Pentedattilo. The village is a 45 minute drive from Reggio Calabria. It got its name from the Byzantine word Pentedáktilos, which means five fingers, a reference to the five deep valleys surrounding the mountainous village which offers a wonderful view of the sea.

Pentedattilo is actually one of the oldest ghost towns of Italy, the town was severely damaged by an earthquake in 1783, which led to large parts of the population moving to the nearby seaside port town of Melito Porto Salvo. Today a modern-day with the same name of Pentedattilo was built on another hilltop a bit closer to the sea. The residents still attend Catholic services in the restored Chiesa dei Pietro e Paolo (Church of Saints Peter and Paul) standing proudly against the threat of Nature under the cliffs in the old town.

After some restoration in the 1980s, the old village today has a few new residents, although there are many ruins still without roofs, windows or doors. Oddly enough, the village became the site of the International Pentedattilo Film Festival. 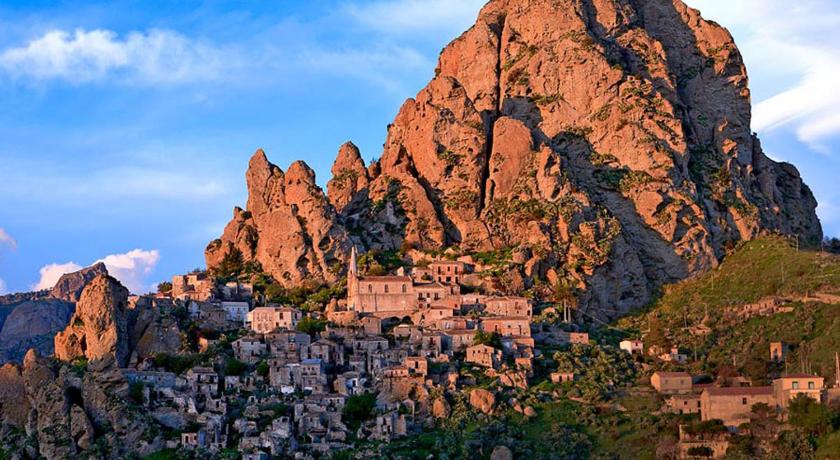 Probably the most Grecanic of the Bovesia villages, Gallicianò appears almost like an “other world” given its inaccessible position that makes it very difficult to reach. In Gallicianò the very few remaining inhabitants proudly speak Greek, handed down orally in the family environment from parents to children and completely incomprehensible to Italian-speaking Calabrians. This sort of isolation has allowed us to keep cultural, cuisine and musical traditions intact.

This ancient town is located 48 km away from the coast, near Melito Porto Salvo. Roghudi Vecchia, now depopulated is almost hidden, perched on a cliff surrounded by two rivers (the Amendolea and the Furria) which both flow into the Amendolea river. The town dates back to the 11th century, with evidence that it was mainly populated by Greek settlers. Visit this ghost village to weave through the alleys of the old houses, under the crumbling rock and be reminded of a time long gone. Only a few elders remain on their land, however all of the younger generation have left. Not far from the old Roghudi there is the town of Chorio, a small group of houses which are also mostly abandoned. 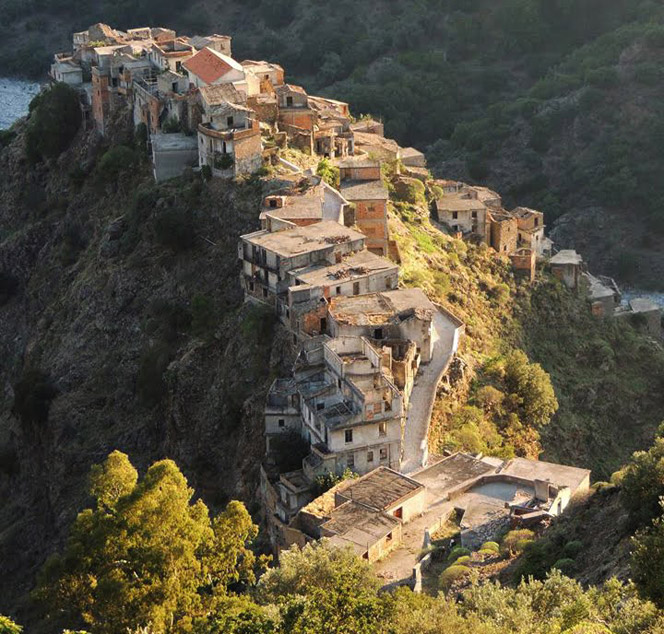 Ferruzzano Superiore which rises to 470 meters above sea level, 9 km away from the Ionian Sea, is now almost completely abandoned. Its foundation is closely connected with the raids of the 16th century pirates, when the raids from these operated forced the inhabitants of the coastal centers to seek refuge in the mountains for safety.

The village was severely damaged by two earthquakes, in both 1783 and in 1907.Its historical heritage is made up of fascinating ruins of ancient buildings, including some interesting granite portals and parts of buildings of some importance from the 16th and 17th centuries. However, its historic center strikes visitors thanks to the narrow streets that intersect with each other, connected by endless staircases on which often overlook balconies full of flowering vases.

Today Ferruzzano is a ghost town in the full sense of the word. The houses have remained intact, as if people have abandoned them and they are there waiting for the them to return and settle there again. The only living things that remain are some stray dogs, lizards and chickens! 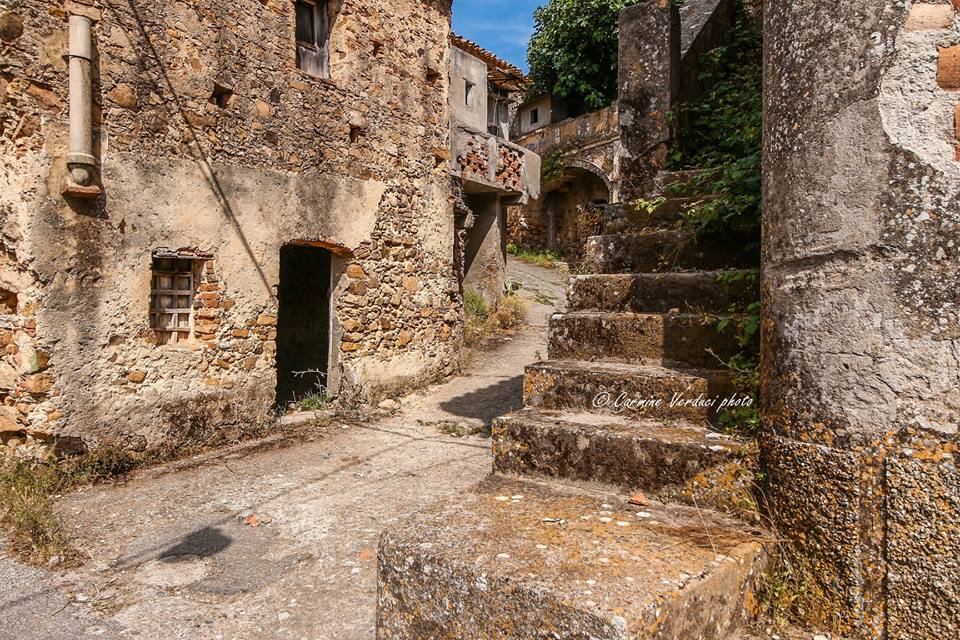 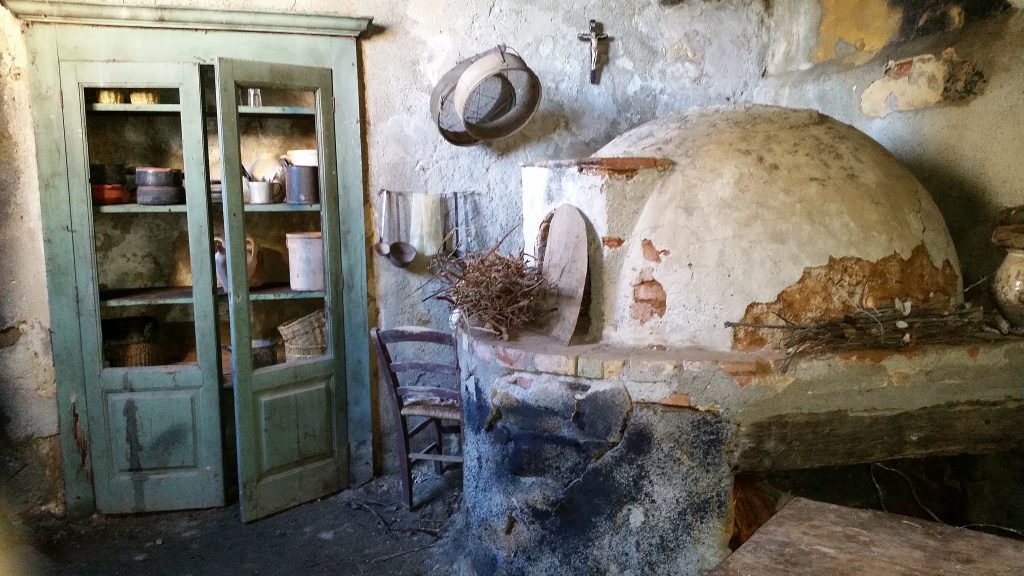