Vicenza is a city in the Veneto region, at the northern base of the Monte Berico, where it straddles the Bacchiglione River. It is a thriving and cosmopolitan city, with a rich history and culture, and many museums, art galleries, piazzas, villas, churches and elegant Renaissance palazzi.

The city is renowned for being the “City of Palladio” due to the stunning buildings and villas designed by the celebrated renaissance architect Andrea Palladio found in the city and its surroundings. Along with its impressive architecture, Vicenza has much more to explore and discover – check out our list of the top things to see in the city.

Inaugurated on March 3, 1585, Vicenza’s Palladio-designed Teatro Olimpico is the oldest covered theater in the world. Its design is inspired by the Greek and Roman theaters of antiquity. During the spring season the theater hosts classical music festivals, in May it hosts some concerts of the New Conversations Vicenza International Jazz Festival. While in autumn it is home to the prestigious Cycle of Classical Performances, which is a series of theatrical performances dedicated to classical theater hosted since 1934.

The Cathedral of Santa Maria Annunciata is the main Catholic place of worship in the city of Vicenza and the seat of the city’s diocese. Dating back to early Christian origins, the church is designed as an imposing late Gothic building. It has been rebuilt numerous times, Andrea Palladio designed the dome as well as the entrance door on the north side and the Almerico Chapel. Its foundation features 750 square meters of ruins dating back to the Roman times and the Middle Ages.

3. The Temple of San Lorenzo

The Gothic Romanesque masterpiece built by Franciscan monks from the 13th century is definitely worth a visit. This church is famous for its marble portal and elongated body.

4. The Civic Museum of “Palazzo Chiericati”

The palace, designed in 1550 for Girolamo Chiericati, is one of Andrea Palladio’s greatest masterpieces and is included in the UNESCO World Heritage Site. Embellished with frescoes and stuccos, it houses one of the most prestigious European civic collections of paintings, sculptures and applied arts from the 13th to the 20th century.

The Palazzo Leoni Montanari is a late Baroque palace located in Contra’ San Corona number 25 in central Vicenza in the Veneto region of Italy. It now houses exhibition rooms, meeting places, and art collections owned by the bank Intesa Sanpaolo. It houses three important collections of the Bank: a collection of Magno-Greek vases, a collection of eighteenth-century Venetian art, and the collection of Russian icons, considered the most important collection of Russian sacred art preserved in the West. Of particular interest is also the Fall of the Rebel Angels by Agostino Fasolato,a sculpture made up of sixty figures carved in a single piece of Carrara marble.

The Barbarano Palazzo, which hosts the Palladio museum is one of the most beautiful Palladian urban residences. The museum accompanies visitors on an emotional journey into the life of Andrea Palladio and the time in which he lived, to discover the Palladian masterpieces in the region of Veneto.

This iconic building of Vicenza is listed by UNESCO as a World Heritage Site and stands majestically on the south side of Piazza dei Signori, the heart and soul of the city. On the first floor of the Palladian Basilica there is the grandiose Council room, 52 meters long and 25 meters high, events and temporary exhibitions are typically held in this room. Going up to the top floor you access the wonderful terrace for one of the best viewpoints over the city and its territory. 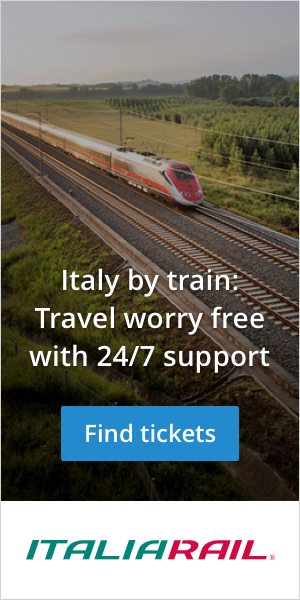 Venice, the city of romance : 5 unforgettable experiences for couples