Located in Emilia Romagna along the Adriatic sea, Rimini is one of the most famous holiday resort destinations in Europe. With its never-ending seafront, festive vibe and wild nightlife, Rimini is one of Italy’s favourite seaside resorts for locals and foreign visitors alike. Uncover what there is to explore in this beautiful Italian city.

Rimini as a Seaside Resort

The beach resorts were officially born in Rimini in 1843 by the Baldini counts, in an attempt to include Rimini in the Grand Tour of Italy, the journey that the European nobility made throughout Italy. Rimini’s reputation as a beach resort town for Italy’s aristocracy was solidified when the famous Grand Hotel was built at the beginning of the 20th century. Due to the Second World War, almost 80% of Rimini was destroyed from bombings, it wasn’t until the mid-1950s to the 1960s that the local tourism industry was rebuilt which eventually led to foreigners visiting the Romagna Riviera in the 1980s and growing into the summer holiday destination it is today. 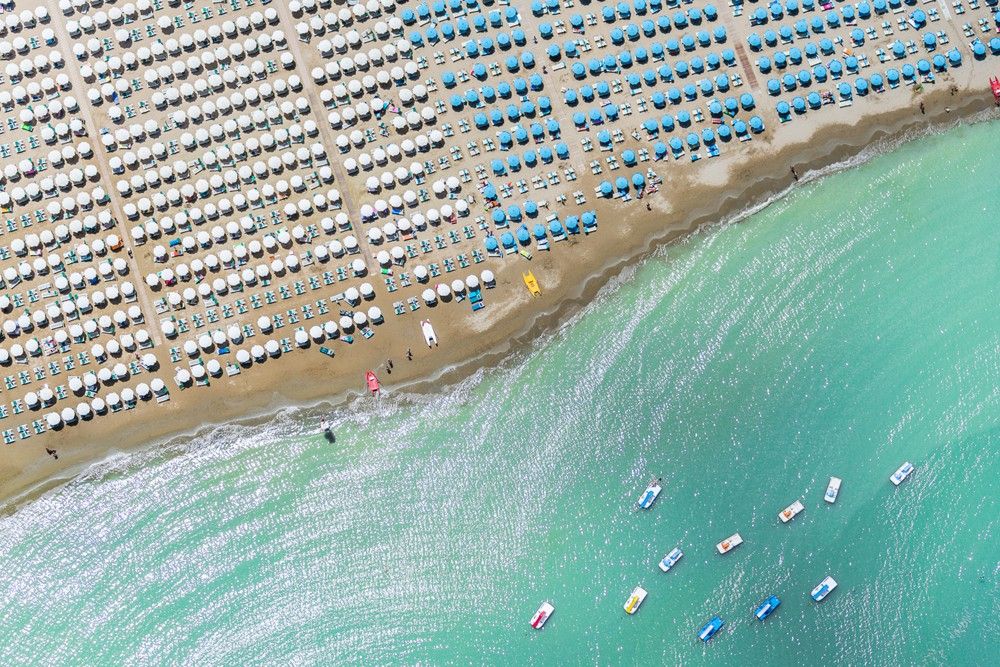 Rimini is known for its high density of castles, fortresses and fortifications. Many were built by the Malatesta family, lords of Rimini from the thirteenth to the fifteenth century, and the Montefeltro family, counts and dukes of Urbino. Few territories offer so many authentic castles and fortified villages concentrated within such a small area. Rimini preserves one the most important, bearing witness to the magnificence of the Malatestas: Sismondo castle. This castles was the main palace of the family, even though they loved to navigate through the many castles of its extensive territory.

Among their other residences there is Santarcangelo di Romagna, a harmonious and elegant historic centre dominated by the fortress of the Malatestas, who ruled there since the thirteenth century, even though the fortification was pre-existing. The lords of Rimini extended and embellished it, and the fortress of today is the result of their reconstructive work. Montefiore Conca, one of the preferred residences by the Malatesta, hosted kings and emperors. Going up into the hills of the Marecchia and Conca valleys, there is a many more castles and towers that are thousands of years old.

The Malatesta and the Montefeltro families fought over the land in many battles throughout the middle ages and often the castles were owned by either one or the other. Leaving Santarcangelo, the route in Valmarecchia begins with the Marcosanti Palace in Poggio Berni, followed by the Scorticata and Montebello Castle, which are all amazing castles to discover. 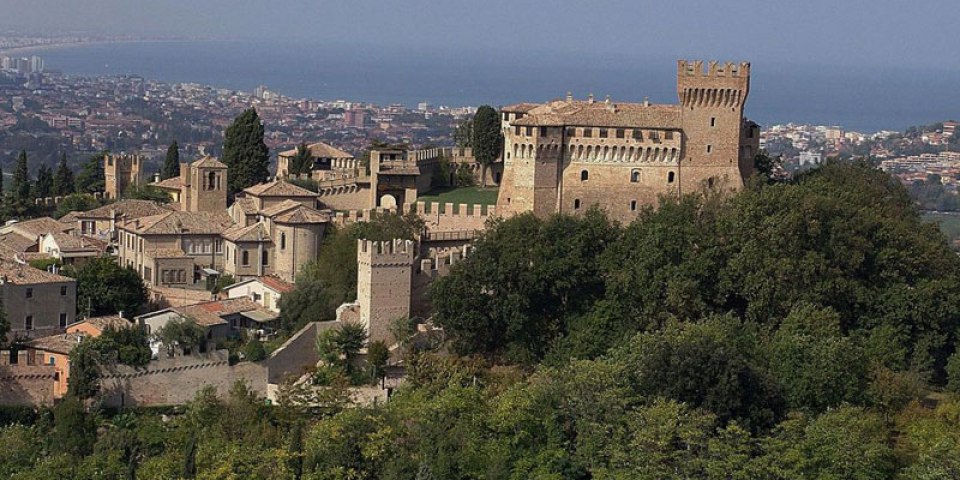 The countryside of Romagna offers the food and wine tourist a rich pantry of varied typical flavours. Rimini is known for the piadina, a flatbread sandwhich which can be enriched with Mora Romagnola cured meats and cheeses such as Squaquerone and Pecorino.

Among the first courses we must mention the pastas; passatelli, cappelletti, ravioli and strozzapreti, and among the second cours pork and rabbit dishes are popular. A few kms from the Adriatic there are dozens and dozens of rows of vines (Sangiovese, Albana, Rebola) and olive groves, from which an excellent extra virgin olive oil is obtained. But there is no shortage of trees and fruit plants which grow strawberries, peaches, nectarines, kiwis and much more. Especially during the summer and autumn seasons, there are numerous festivals dedicated to local products, from oil to truffles, which in addition to being tasted, can also be purchased directly from producers. 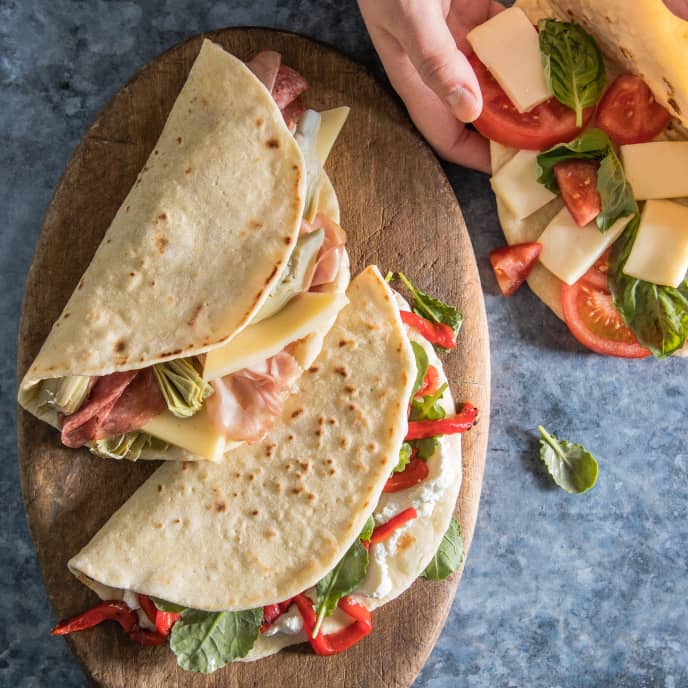 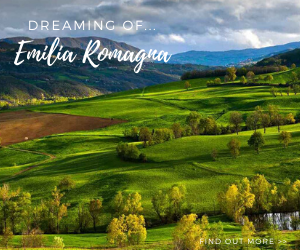