Not far from the city of Padova is the Euganean Hills Regional Park, the park covers an area of 18,694 hectares of land, and was first established in 1989.

The park’s land is characterized by volcanic hills which were first formed over 35 million years ago with the highest hill, Monte Venda, standing at 601 meters above sea level. There is evidence of human activity in the park dating back three hundred thousand, years, because of this the park contains interesting archaeological sites, naturalistic and culture museums. Inside the park there are 15 municipalities which are all rich in history, with medieval fortifications, ancient stone villages, Venetian villas, historic gardens, and monasteries. The park is also home to many fine vineyards, hotels, restaurants , over 200 trails that can be used to discover all the the park has to offer. 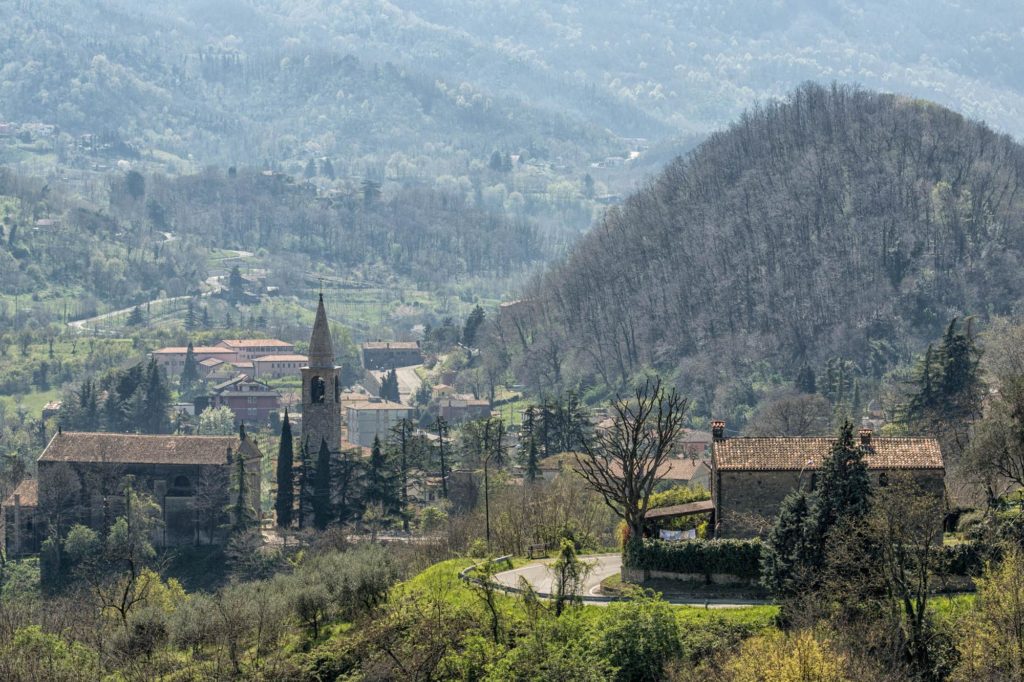 Take the opportunity to visit the wineries, oil mills and farmhouses that make the products of the region including delicious wines, extra-virgin olive oil, liqueurs and jams. Throughout the park you will also find cozy family-run shops which sell the typical products for you enjoy or to take home as a souvenir of your time in the Euganean Hills. But above all, take some time and walk among the vineyards and the olive trees, to get to know the places where the specialties and the flavours of the land are born and to meet the producers who will be happy to welcome you for a tasting! 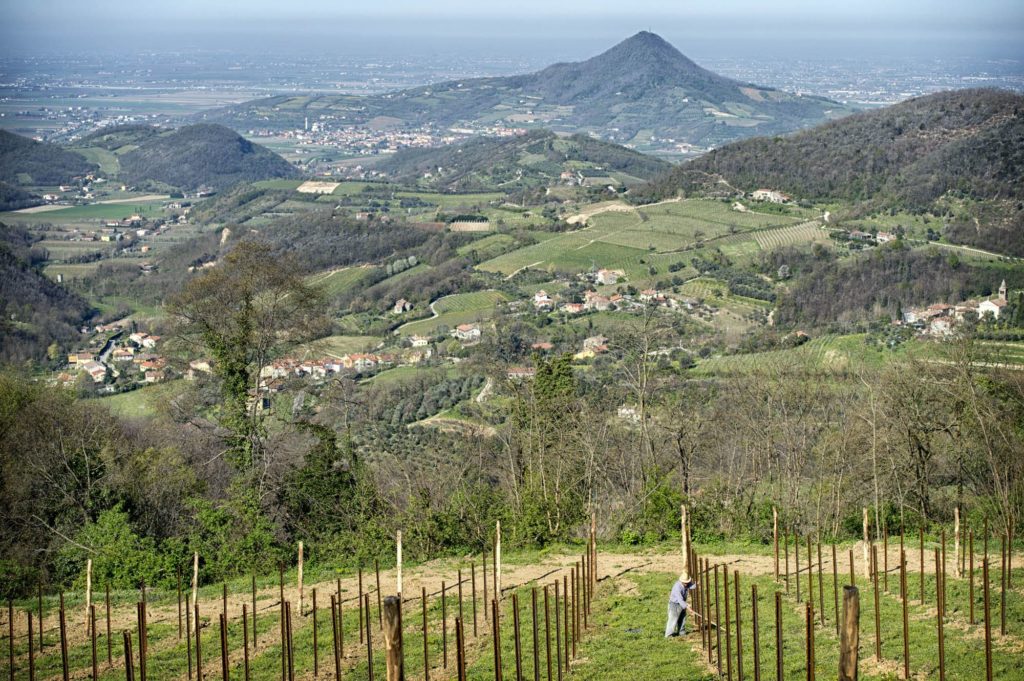 The lives of Ancient Venetians can be seen throughout the territory of the Euganean Hills. A large number of artifacts that document the history of the are, dating from prehistoric times to the Roman age, are preserved in Este, in the Museo Nazionale Atestino.

The most ancient artifacts which date back to the Paleolithic period are found in the mountainous areas of Madonna and Venda. There are also some important ceramic artifacts found near Castelnuovo which date to the Neolithic period (end of the 4th millennium BC). Weapons, tools, ornaments and clothing, dating back to the Bronze Age (2nd millennium BC) have also been found near the Lago della Costa, in Arquà Petrarca.

The presence of the Romans dates back to the beginning of the construction of a road network during the 2nd century BC which began an increase in settlements in the area. During the Middle Ages, in the Euganean Hills, due to their strategic position, the area became an ideal location for the construction of castles and fortifications. 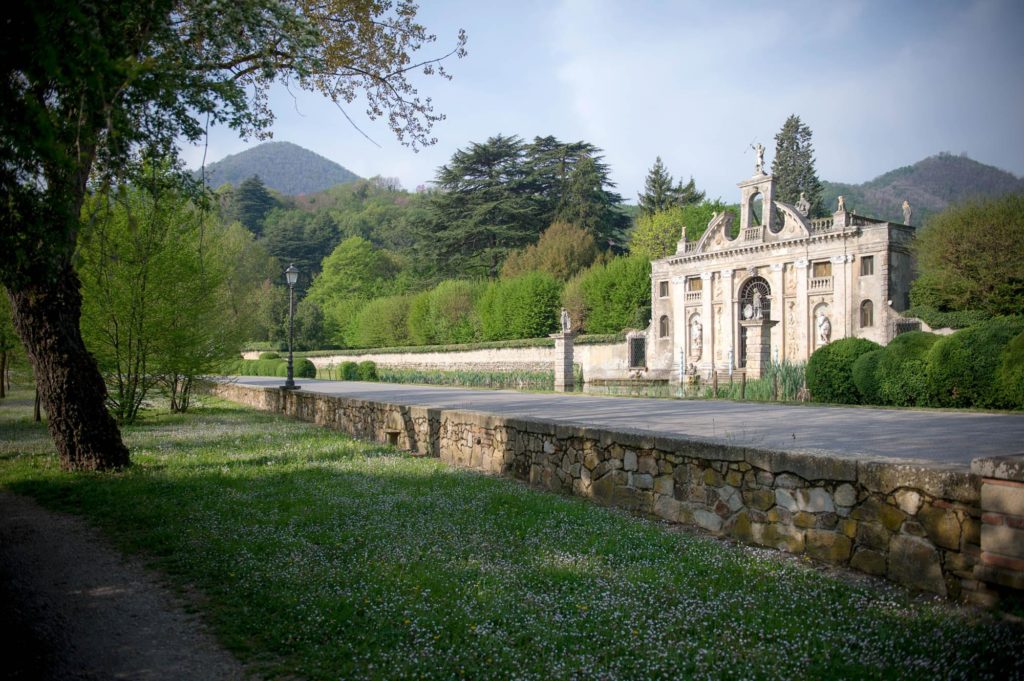 The Serenissima, the reign of the Republic of Venice reached the area at the beginning of the fifteenth century. This lead to the construction of splendid residences desired by the Venetian nobility. The municipalities of Valsanzibio, Luvigliano and Valnogaredo are home to many notable examples of the villas.

The nineteenth century, begun under the rule of Napoleon and ended with the annexation to the newborn Kingdom of Italy. The century saw great demographic growth which lead to industrialization of the natural park area, to reverse the damage done by extensive exploitation of the territory’s natural resources the area began to be protected during the 1970s and even more so in 1989 with the institution of the Euganean Hills Regional Park.

Inside the park of the Euganean Hills you can visit marvelous historic villas; here are 3 must-sees: 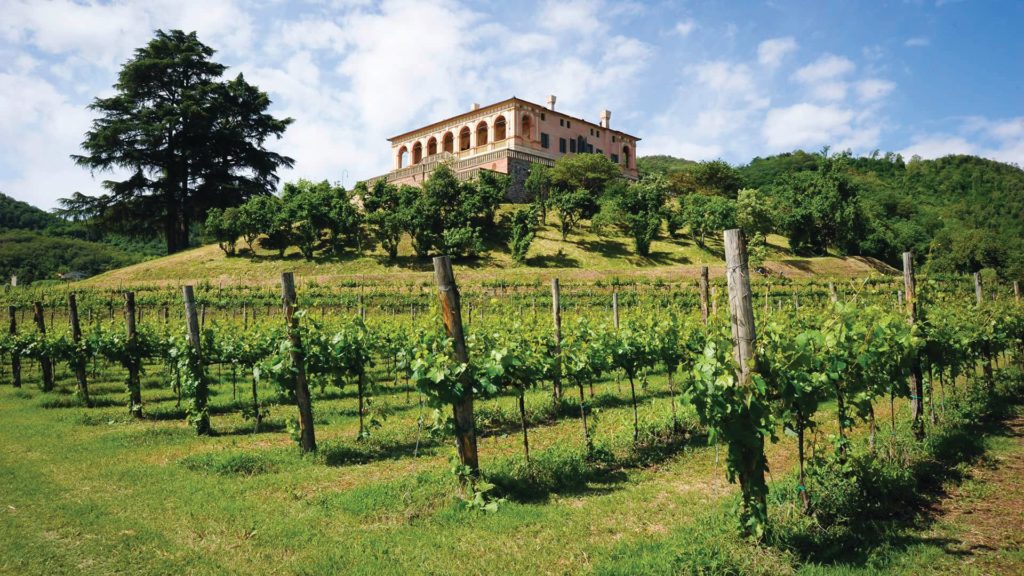 Located in the heart of the Euganean Hills in Luvigliano di Torreglia, Villa dei Vescovi is the most important houses of the pre-Palladian Renaissance.

Built between 1535 and 1542 as a holiday home of the Bishop of Padova, Francesco Pisani, the villa was built by the Veronese painter-architect Giovanni Maria Falconetto, under the direction of Alvise Cornaro, a Venetian scholar. The villa has remained remarkably intact and has preserved over time its connection with the surrounding landscape evidenced by the beautiful frescoes by Flemish painter Lambert Sustris. 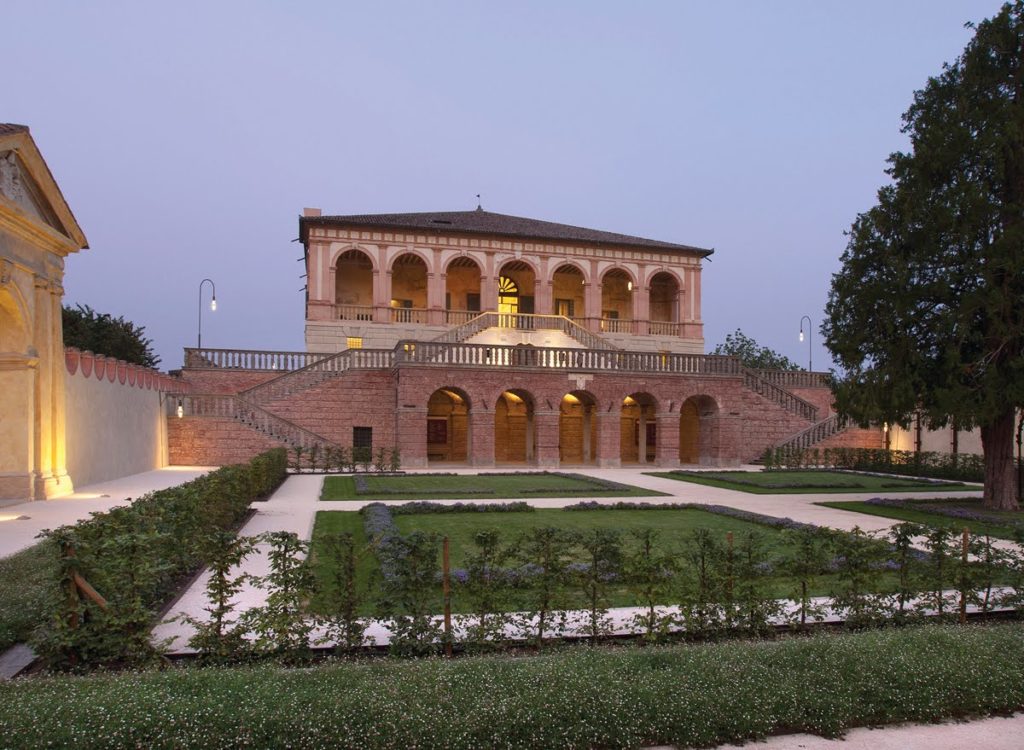 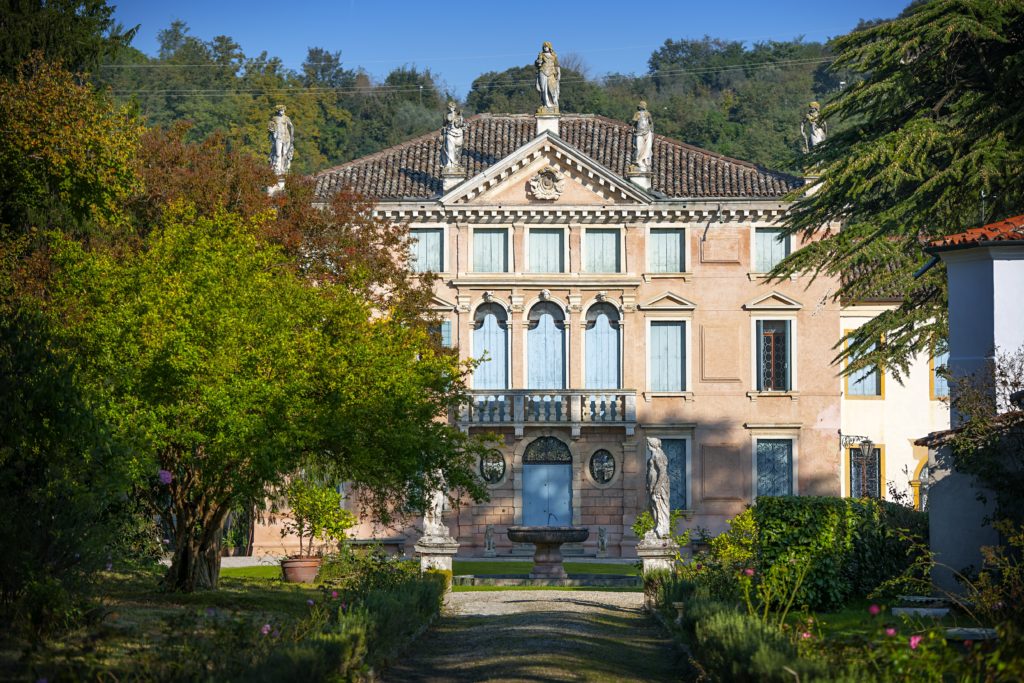 Set in a beautiful hillside setting, Villa Barbarigo is a Venetian villa built in the seventeenth century, commissioned by the Venetian nobleman Francesco Zuane Barbarigo. After the premature death of the nobleman, the project was carried on by his sons with the help of the architect Luigi Bernini.

The park that surrounds the villa contains seventy statues, designed by Enrico Merengo, and is crossed by paths leading to the sixteen fountains. The park also has a 1500 meter hedge maze for visitors to discover. 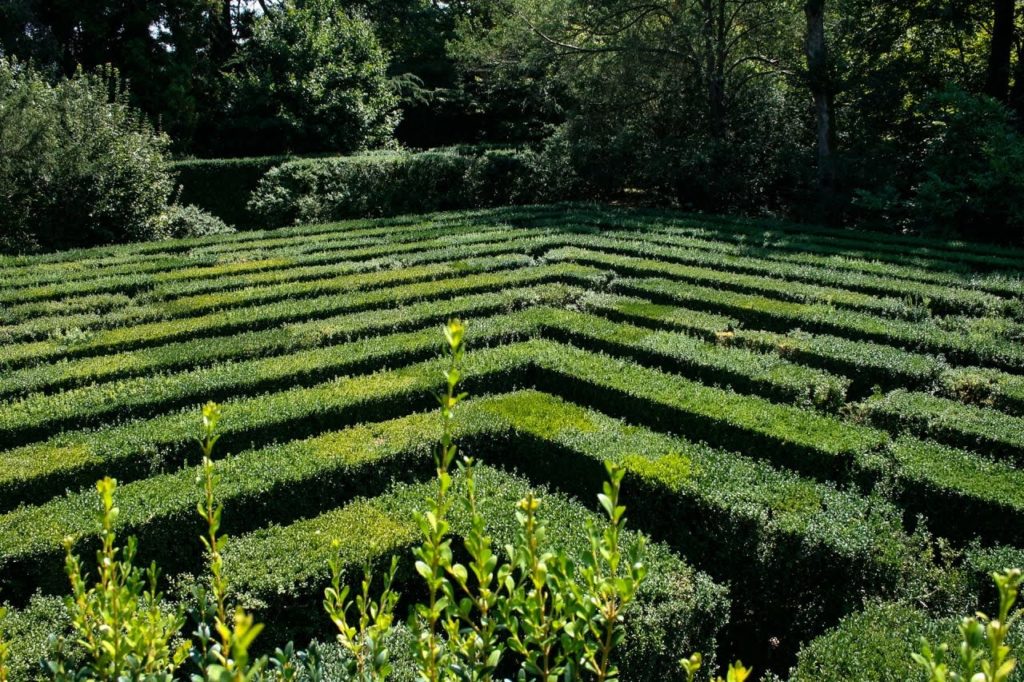 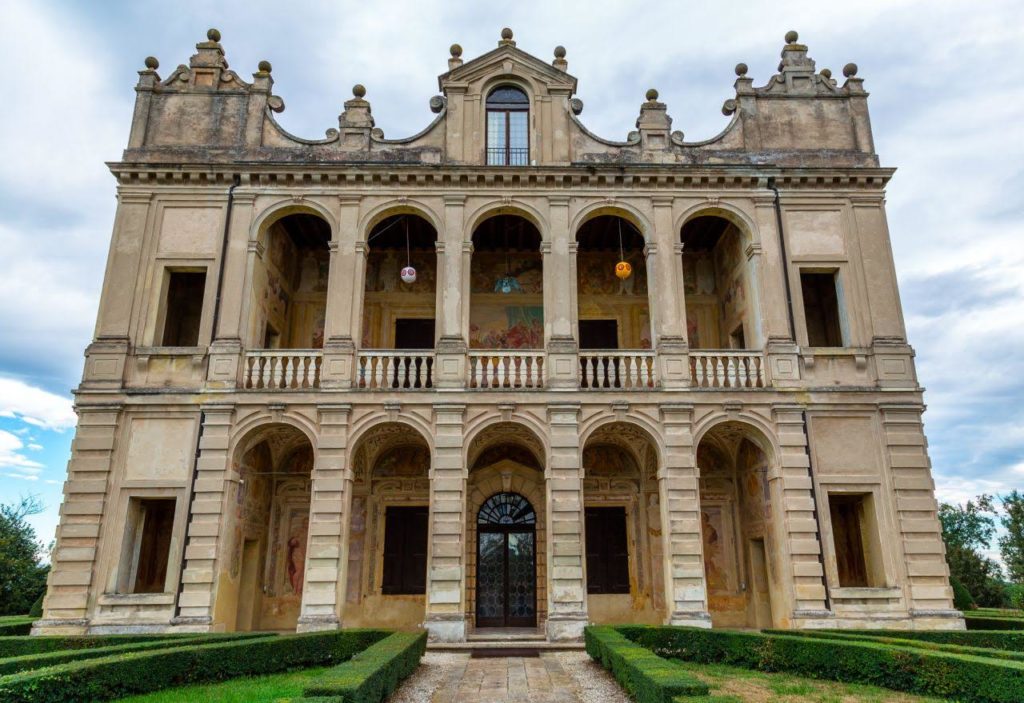 The Count Capodilista, in 1568 commissioned this building, first designed as a hunting lodge, by painter and architect, Dario Varotari. This villa is one of the best examples of the architectural styles of the late 1500s

The architect designed the perfectly square building, in harmony with the surrounding hilly landscape. The internal layout has four rooms per floor all frescoed with scenes from mythology.

The Euganean hills are among the most renowned in Italy for their thermal springs which have become known worldwide as a tourist attraction in the area. The hydro-mineral basin of the Euganean Hills reaches the municipalities of: Abano Terme, Arquà Petrarca, Baone, Battaglia Terme, Due Carrare, Galzignano Terme, Monselice, Montegrotto Terme, Teolo and Torreglia, for a total area of 23 Km. 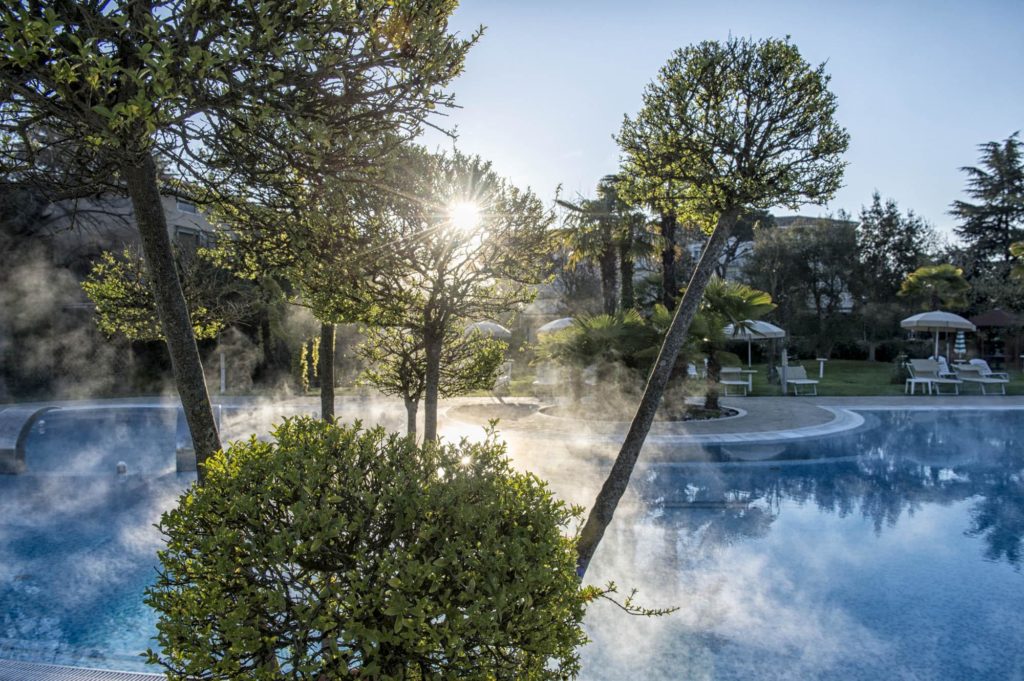 There are over 130 spas in the area featuring hotels with a capacity of 13000 beds, making the Euganean spas one of the largest thermal bath destinations in Europe.
The Euganean thermal waters have been known since ancient times and many locals have attributed healing properties to the waters. There are artifacts which document the importance of the thermal waters dating back to the Roman times through the writings of authors such as Tito Livio and Plinio il Vecchio. The tourism industry of the baths began in the 18th century and has thrived ever since. 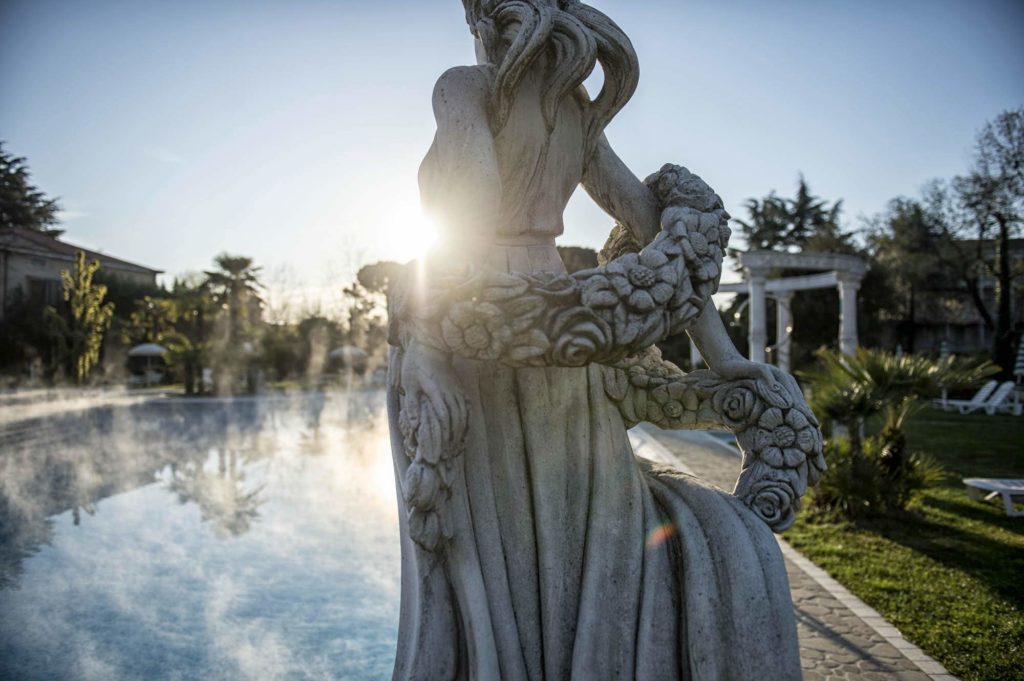 Discover more from the Territories of Prosecco DOC