The Duomo di Milano is the third biggest cathedral in Europe and one of the most recognizable symbols of Italy.

The magnificence of the Duomo is impossible to capture in one look: spires, stained glass, statues, gates and more adorn this Late Gothic masterpiece. Keep reading for some fascinating facts about the Duomo’s façade!

Gian Galeazzo and the devil 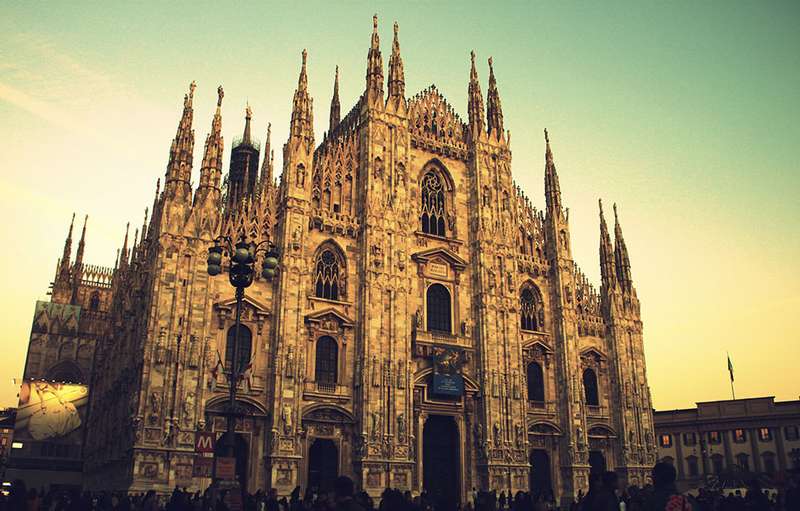 It was an aristocrat from Milan, Gian Galeazzo Visconti, who ordered the construction of the Duomo. Legend has it that one night in 1386, the devil appeared in his dreams and ordered him to build a church filled with diabolical images or else, he would steal his soul. That is why so many monstrous heads decorate the outside of the Duomo. 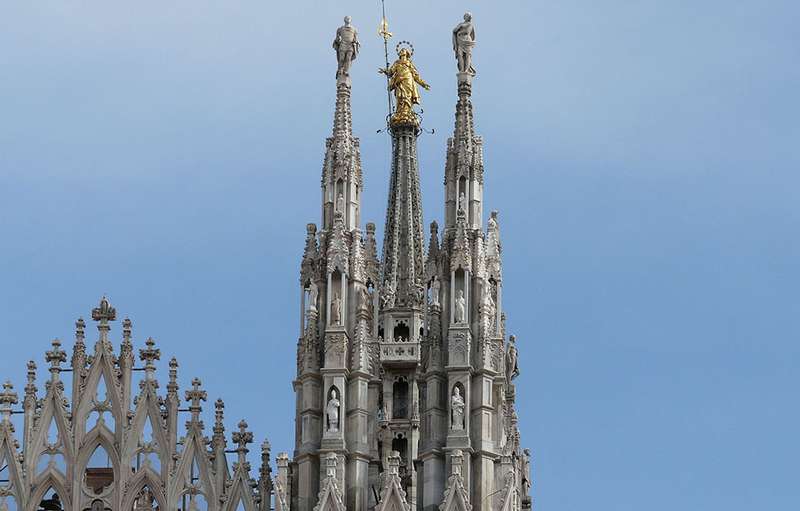 One of the most famous external elements of the Duomo is the Madonnina, the golden statue atop the main spire of the cathedral, at a height of 108 metres. Its placement was perplexing at the beginning because it was thought that it could attract lightning. It is also said that during the Second World War, the Milanese covered the Madonnina with rags, so that its golden reflections would not capture the attention of the allied bombers. 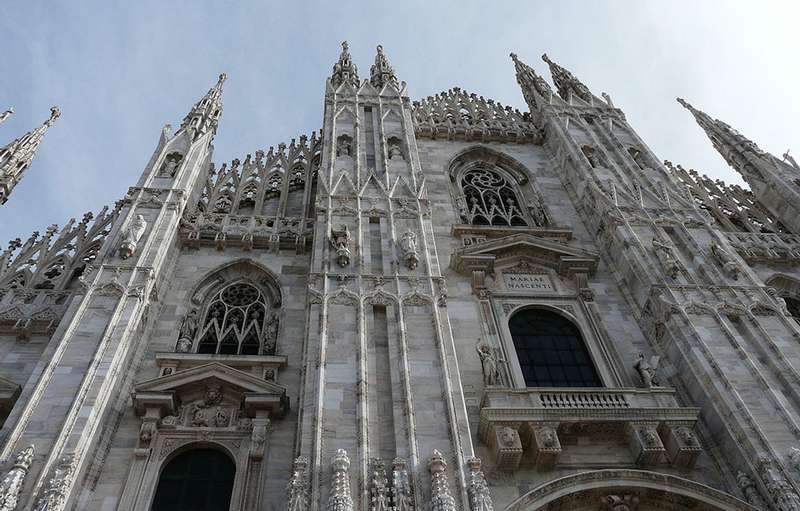 The Oculus of the Duomo’s sundial, built in 1780, is a hole that allows the sunlight to come in and hit the sundial. In the past, the bells rang as the sundial indicated midday, and all the clocks in the city would be set at that time. The Duomo’s sundial was the astronomical reference for the Prime meridian before the Greenwich one in England took its place in 1884.

The statue of St. Bartholomew 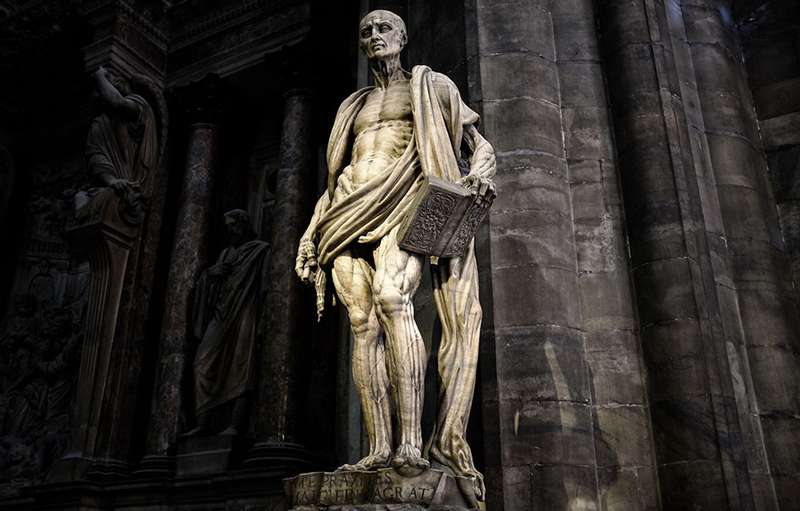 Among the Duomo’s statues, that of St. Bartholomew is one of the strangest. The skin of the Saint is draped over his shoulder like a cape, because it represents the flaying during his martyrdom. The statue was initially located outside the Duomo, but since it unsettled those who looked at it, it was later placed inside, in front of the Medici Mausoleo.