Bologna Travel Guide: What to Do & See in the City

Bologna is the capital of the Emilia Romagna region in northern Italy. The beautiful city is characterized by having one of the largest medieval historical centers in the world. Bologna is also home to the oldest university in Europe and for its many stunning monuments and important museums.

Your journey to discover Bologna begins at the Neptune fountain, one of the symbols of the city and designed by the Flemish sculptor Giambologna. The fountain is located directly next to the city’s Piazza Maggiore, this piazza is Bologna’s central square and will take you back into the ancient history of the city. From the square, visitors should enter the Salaborsa, what was the center of economic life in the nineteenth century, today it is one of the places which preserves the city’s culture, with its rich multimedia library. At the center of the structure is the covered square, where beneath the transparent crystal floors visitors can see an archaeological site featuring the ruins of ancient Bologna. The Salabrosa is also a great place to sip a coffee while admiring the art deco ceilings and closely observing the archaeological foundations on which the city stands today. 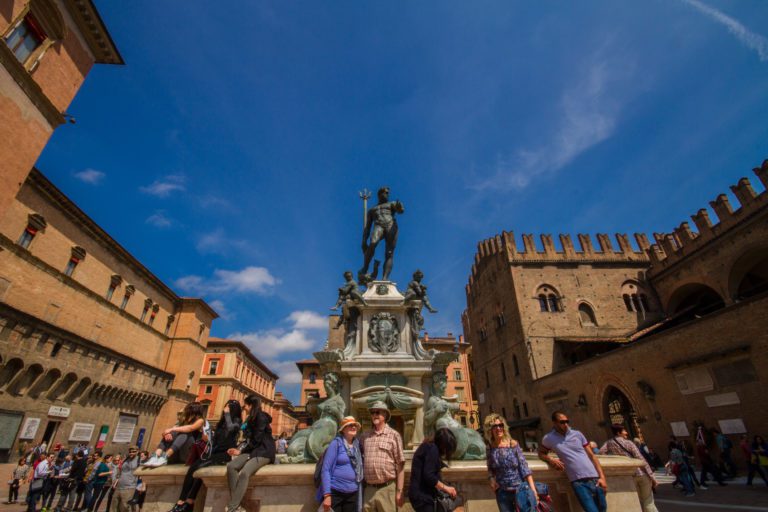 Visitors should then continue their journey in Piazza Maggiore and visit several important buildings which surround it. These buildings include; Palazzo d’Accursio, seat of the municipality where the Municipal Art Collections are housed, the Basilica of San Petronio, which houses the largest sundial in the world and Palazzo Re Enzo, where King Enzo di Sardegna, son of Emperor Frederick II of Swabia, was imprisoned for 12 years starting in 1249. 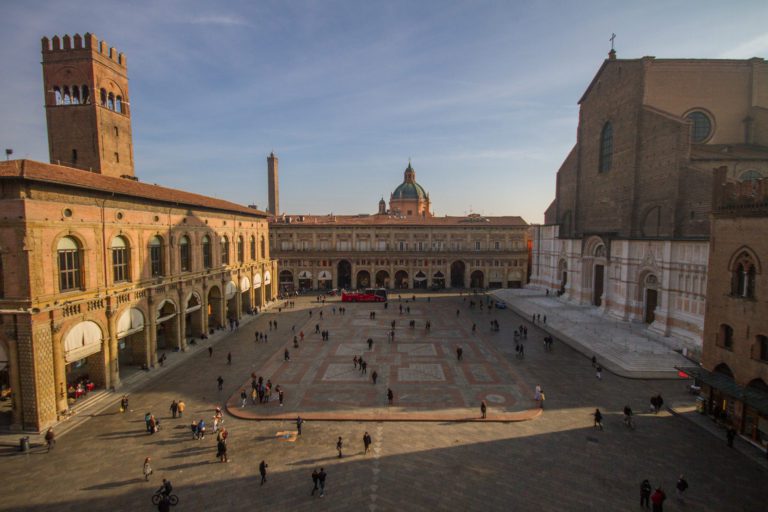 Exit the square along Via dell’Archiginnasio through the beautiful Pavaglione portico, one of the most popular shopping locations in Bologna. Along the road visitors will find the Archaeological Civic Museum where archaeological artifacts are on display from the Etruscans and the Romans who used to live in Bologna. Nearby there is the Palazzo dell’Archiginnasio, the original seat of the oldest University of the western world, founded in 1088. The Anatomical Theater, the ancient hall where anatomy lessons were held, is certainly worth a visit. A few steps away is the church of San Domenico, a veritable treasure trove of Italian art history; including a marble ark that holds the remains of the Saint Domenico, embellished with the sculptures of Nicolò Pisano, Nicolò dell’Arca and Michelangelo. 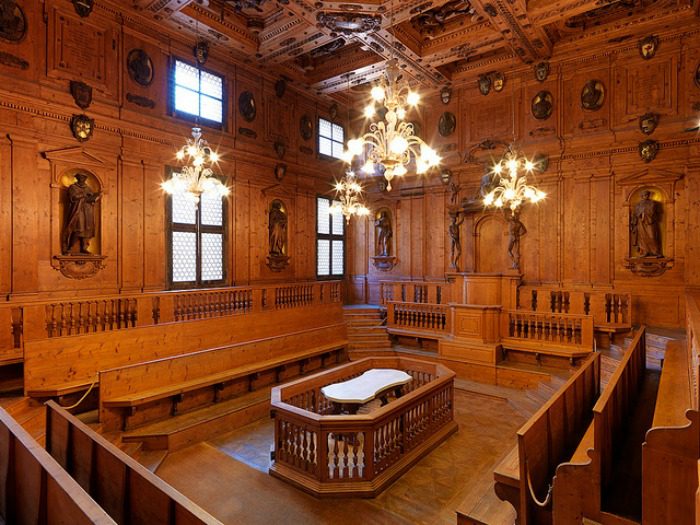 After this first discovery of Bologna’s monuments take the time to explore Bologna’s culinary tradition. Retracing your steps, behind Piazza Maggiore, have a little fun wandering around the narrow streets of the ancient city market, the Quadrilatero. During the day you will come across tables of every kind of food the territory has to offer. From seasonal fruit to fresh fish from the nearby Adriatic Sea, from tortellini and mortadella to delicious local sweets. In the evening, before dinner time, the streets are transformed and the shops give way to bars and restaurants where the Bolognese enjoy an aperitif at the end of the day. 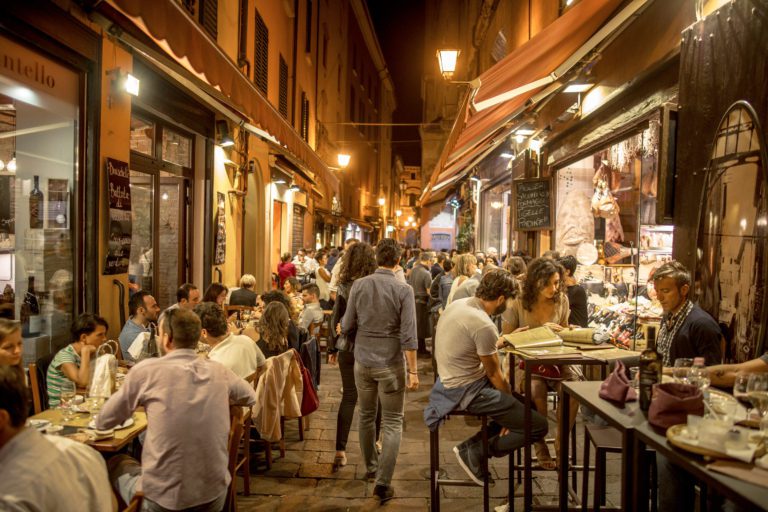 After getting some rest, head to the scenic Piazza Santo Stefano to visit the beautiful Basilica of Santo Stefano, which is a grouping of severn different churches within a single basilica. From Piazza Santo Stefano through the arcades of Strada Maggiore you will reach one of Bologna’s most famous landmarks; the Two Towers, which include the Asinelli and Garisenda towers. These two towers, built in 1119 are the highest remaining towers from the middle ages when more than 100 similar towers were built around Bologna, which was nicknamed, the “Towered City”. 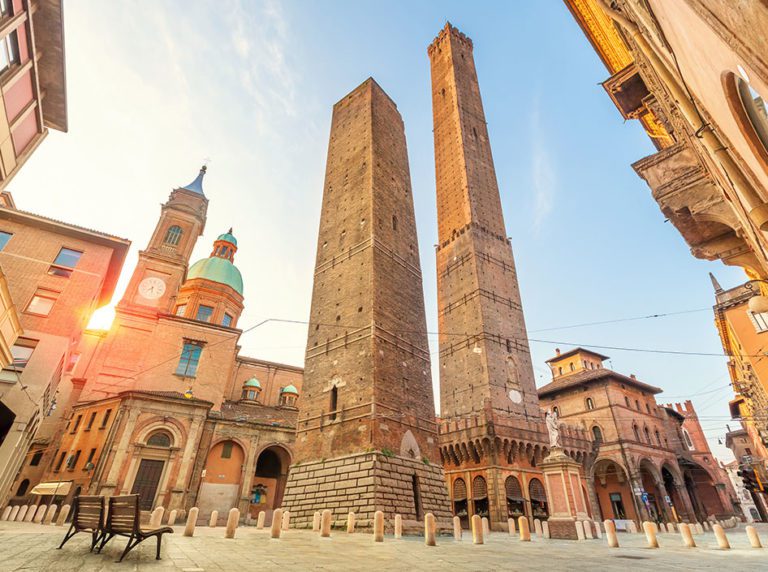 From the Two Towers go down via Zamboni, an iconic street where most of the University buildings are located, including the historic Municipal Theater and the famous University Museums.

From via Zamboni, going towards via Indipendenza, discover another unexpected find in Bologna a hidden canal. Under the portico of Via Piella, a small window opens onto a canal which will remind you of Venice. At one point in time Bologna had many canals, however they were covered up as the city grew and only a few remain to this day. If you still have some time for culture, a small detour to visit the Medieval Museum would be the perfect day to end the day.

The origins of Mortadella Bologna IGP