On Mardi Gras, referred to in Italy as Carnival, every Italian city celebrates with parades, confetti, lights, and colors.

On that day, it is imperative that you wear a mask, a true symbol of Mardi Gras, and impersonate the character of your dreams for a day. Speaking of dreams, would you like to spend Mardi Gras in Italy? Here are some suggestions of the country’s most evocative Mardi Gras events!

In Italy, Mardi Gras is more commonly known as “Carnevale,” even though Carnival officially refers to the period that goes from the Epiphany (January 6th) until Ash Wednesday, which is the first day of a period of fasting known as Lent.

The day before Lent is Mardi Gras, a day of feasting that is celebrated in Italy with big Carnival events all over the country. The word “Carnevale” comes from Latin carnem levare, “to remove the meat,” and it refers to the banquets of Mardi Gras.

While today it is a catholic holiday, Carnival has its origins in Ancient Roman Saturnalia, a period of celebration dedicated to the pleasures of life, the overturning of social order, and debauchery.

The first Carnival of Viareggio was held at the end of the 1800s. It is famous in Italy and around the world for its parade of floats and masks, usually made of papier-maché, depicting satirical caricatures of popular people such as politicians. The parade moves along the main avenue of the city.

The Carnival of Acireale has been described as the most beautiful in Sicily. It is an explosion of colors and floats that parade along the city streets. Exhibitions, concerts, and wine & food events complement the festivities in the baroque atmosphere of the Sicilian city.

The Carnival of Venezia is one of the most famous Carnivals in the world. Every year thousands of visitors arrive to the city, in a fabulous atmosphere that only the Venetian lagoon can offer.  The Carnival scenery is romantic and fairy-tale-like, with parades on boats in the canals, the famous “flight of the angel” in San Marco square, and its incredibly evocative atmosphere.

What to drink during the Carnival?

Speaking of Carnival and Veneto, how about a glass of Prosecco to celebrate properly? Prosecco is a white “controlled designation of origin” wine typical of the Veneto and Friuli Venezia Giulia regions. It has a pale yellow color, a fine aroma, and fresh taste. It is the most exported Italian wine. Read more about Prosecco DOC here!

“Chiacchiere” are the most famous Carnival cookies. They are made of crunchy and light phyllo dough, fried or baked, and covered with icing sugar. Displayed in every bakery, they create a bubbly and joyful atmosphere, reminding everyone that it’s Carnival season! 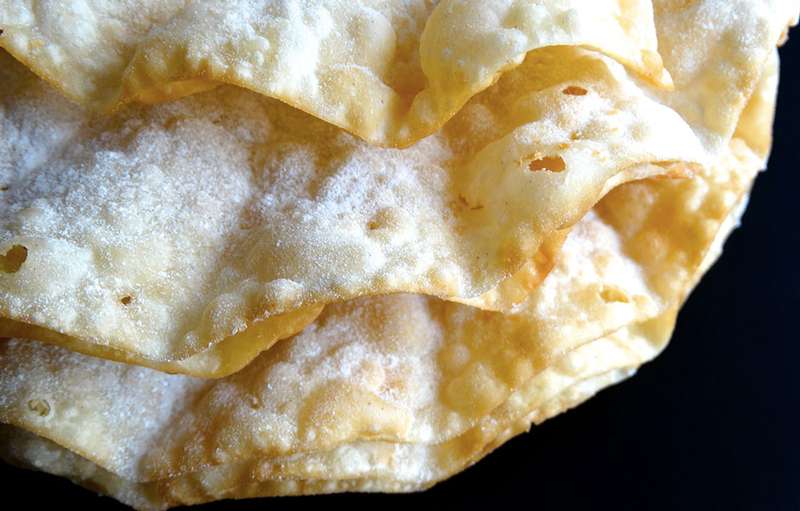 Not to be missed
The Traditional Sweets of the Italian Carnival 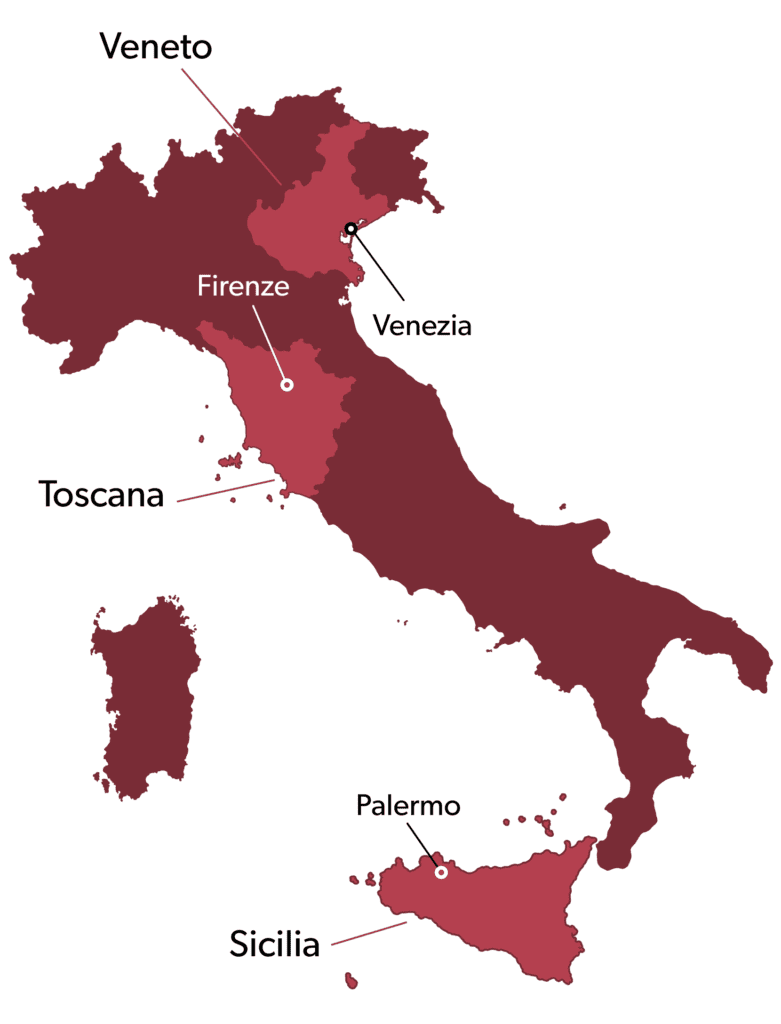 A Roadtrip through the Hills of Bologna

Bologna Travel Guide: What to Do & See in the City

Abruzzo, the green region of Italy