The Carnival is held this year in Italy from January 30 to February 16, 2021. These festivities have always been associated with food and in particular with pastries which are so delicious they are celebrated around the world. Simple and gourmet, the desserts of the Italian Carnival have centuries of history and are made with ingredients that can easily be found in pantries such as flour, milk, sugar, butter, eggs and olive oil.

Carnival is traditionally celebrated outdoors, which is why cakes are usually fried, so they are quick to bake and easy to eat on the street. There is a very wide variety of Carnival sweets specialties in Italy, often associated with the tradition of a region or territory.

The chiacchiere are the iconic pastries of Mardi Gras, they are tasted all over the country and are known under different names and various forms depending on the region. The castagnole are also famous and are found mainly in the region of Rome. In central Italy, they make cicerchiata, small balls of fried dough assembled with honey. Zeppole and migliaccio are desserts from Naples. In Sicily, pignolata, rice and honey crispelle or Carnival sfingi are prepared.

We have selected two types of the most famous Carnival specialty sweets: 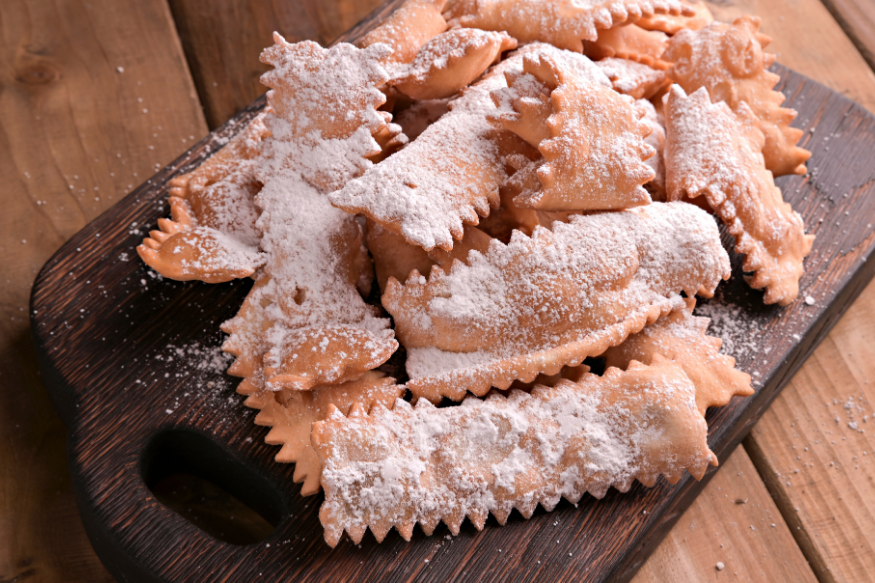 As mentioned earlier, their names and shapes differ by region. In Campania, Sicily, Calabria and Umbria, they are called “chiacchiere“, which literally means chatter. They are called bugie in Liguria, frappe in Rome, sfrappole in the region of Bologna or “fiocchetti” in Emilia-Romagna, “cenci” in Tuscany, etc …

The origin of these cakes dates back to Roman times, when they were prepared for the celebration of pagan festivals.

However, over the centuries, the recipe has remained unchanged. It is a very thin dough, made from flour, butter, sugar, salt, baking powder, eggs and milk. This is sometimes flavored with orange or lemon zest or orange blossom water. This dough is then fried and sprinkled with icing sugar.

Castagnole, the Queens of the Carnival 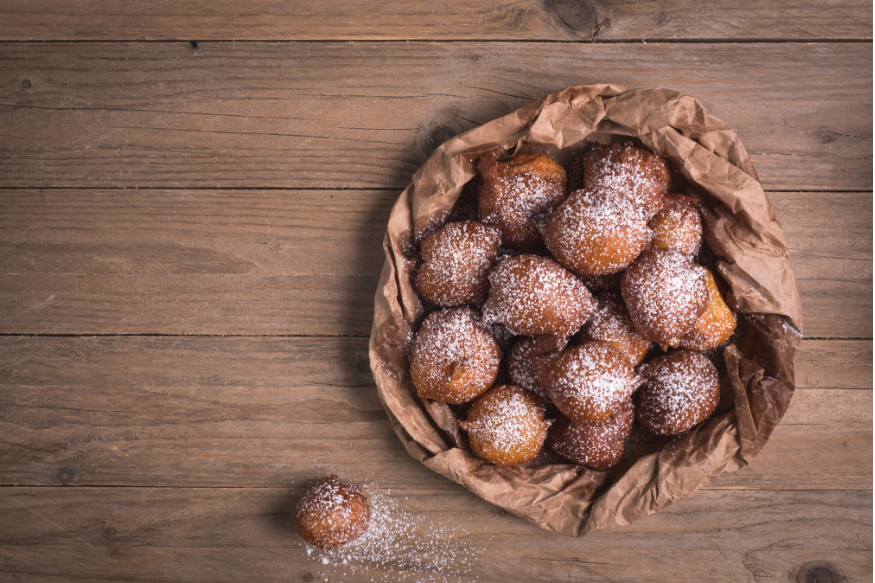 These specialties date back to Antiquity and owe their name to their chestnut shape. There are recipes for Castagnole (or Struffoli alla romana) dating back to 1684 found in the cookbooks of Nascia, the chef for the Farnese noble family.

They are dumplings flavored with lemon zest, fried and sprinkled with sugar. The dough is made from flour, butter, lemon zest, yeast and sugar.

There are numerous variations, some with rum or filled with sambuca, chocolate or ricotta. While in central Italy they are also called “Tortelli“, in Veneto they take the name “Frittole” and are prepared with raisins.