Widely regarded as one Sardinia’s most iconic cheeses, Pecorino Sardo shares an ancient link with the Mediterranean island.

Tracing its roots back to the 18th century, where ancient varieties of Sardinian cheese were made with goat’s milk, Pecorino Sardo would amalgamate many of these ancient varietals into its current iteration.

Made from sheep indigenous to Sardinia, Pecorino Sardo uses the whole milk from the animals after which it is then poured into molds, allowing the cheese to get its iconic shape. It is then left to age for a period of 50 days during which it receives its aromatic flavor and its distinctive color. The cheese is often described by its spicy taste and its brownish color.

Many of the factors that play in Pecorino Sardo receiving its PDO designation is in large part due to the length of the ageing process, the breed of the sheep from which the milk is chosen and the temperature control during cooling process, where the cheese attains many of its distinct characteristics.

More often used as a grate cheese, Pecorino Sardo can also be  used to accompany cold meats or snack during an aperitive or before a meal. The cheese also provides a great accompaniment to more Northern Italian dishes such as Polenta due to the contrasting spiciness of the cheese with that of the dishes sweeter texture. 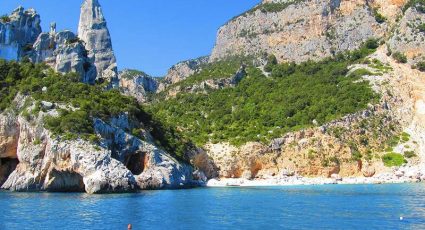