Situated on Italy’s Northern Tyrrhenian coast, Liguria is home to one of the country’s most photographed coastlines.

Starting from the French border and ending near the town of La Spezia, the region has become a haven for tourists wishing to experience the Italian Dolce Vita without having to venture further South. Only a short distance from Milan by train, Liguria provides an incredibly scenic escape for those looking to experience Italy without the noise and traffic that often accompanies the country’s touristic hotspots.

The Cinque Terre National Park, the region’s crowning achievement, provides the quintessential experience for visitors to the region. Set over 5 fishing villages, an array of paths and trails crisscrossing the mountainside allows hikers to enjoy what is regarded as one of Italy’s most iconic experiences. Each town also provides ample opportunity to soak up the local flavor, all the while enjoying a glass of wine as the sun sets. Notable highlights include the town of Vernazza, with its cobbled streets and cliff side pastel colored homes and the town of Monterosso, the only settlement among the five villages to include a beach, a luxury during the summer months.

Apart from world renown scenery, the region’s capital, Genoa, acts as the main gateway for tourists to the area. Considered one of the largest ports in Italy, this ancient city, once home to the medieval Republic of Genoa, has played a central role in Italian Maritime history. This legacy is evident throughout the city’s old quarter, with its maze of narrow streets intertwined between the ancient vestiges of Genoa’s past. The Palazzi Rolli, a collection of palaces used to accommodate dignitaries and centralize the city’s elite, now provides a fascinating look at the architecture and wealth that purveyed throughout Genoa’s historical past.

The town of Portofino provides a more luxurious alternative for those looking to people watch rather than trek across the Cinque Terre. Renown as a hub for the jet set, the idyllic town is a great means to soak up the glamour of the Italian Riviera while enjoying the stunning local scenery.

Often built on the steep cliffside’s of Liguria’s coast, with many vineyards utilizing terraces to support their vines, the region has developed a strong sense of resilience. This keen sense of perseverance against challenging terrain has resulted in the region developing some truly exceptional viniculture. With a strong emphasis on white wines, Liguria has demonstrated a pronounced ability at crafting wines with its local Vermentino and Bosco grape varieties.

Sharing a strong similarity with Venice’s seafaring culture, Genoa and Liguria have incorporated many of the naval gastronomical traditions into their everyday culture. Pesto, used extensively throughout the medieval period by sailors, has become one of the regions most celebrated sauces. Made from basil, crushed garlic fused with pine nuts, cheese and olive oil, the sauce has become a staple throughout Italy. Local pasta dishes that have become synonymous with the sauce include Fettucine with Pesto alla Genovese and avatappi pasta similarly served with a healthy portion of pesto.

Another classic Italian staple to emerge from Liguria is Focaccia. With a history dating back to the Romans, the flat bread has become synonymous with Italy, often used a snack between meals or as an antipasto. Varieties of the Focaccia include al Rosmarino and al Formaggio, with rosemary and with cheese 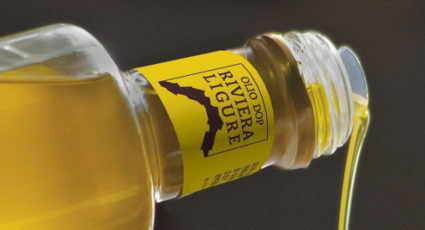 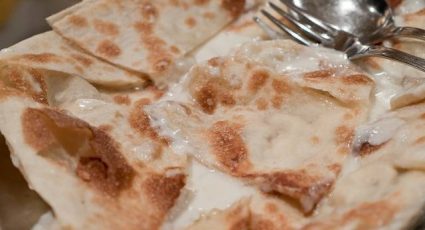 The Focaccia di Recco with PGI cheese: a product with a filling that charms you