The Gran Paradiso National Park is Italy’s version of Yellowstone. Located between Piemonte and Valle d’Aosta, the park is the oldest National Park in the country. It was first established in 1922 to protect species that would have otherwise have become extinct especially the ibex, now a major symbol of the park.

Gran Paradiso National Park covers an area of ​​over 71 thousand hectares around the summit of Gran Paradiso, the only peak higher than 4,000 meters within Italian territory. The park is home to 168 species of fauna, 1,124 species of flora, 59 glaciers and 183 lakes. The park is covered in nature with urban areas only representing 0.2% of the area of the park and only 300 people living within its territory. The park is surrounded by 13 municipalities with 8,160 residents i rich in history and culture.

The Gran Paradiso offers many possibilities for visits, as there are 553 km of accessible trails mostly deriving from the network of ancient royal hunting roads. There are five valleys in which this wonderful and uncontaminated territory is divided into : Valle Soana, Valle Orco, Valle di Cogne, Valle di Rhêmes and Valsavarenche.

This narrow valley is lush with vegetation due to the high atmospheric humidity throughout the year. The valley has the typical deciduous forests, mainly consisting of the chestnut trees, along the paths of the valley it is very easy to run into chamois and other animals that inhabit the woods. In the towns of the valley, you can still hear the patois, a typical Franco-Provençal dialect, and you can still meet people wearing their typical costume of area all year round. But the jewel in the crown of the valley is the Ecomuseum of copper, at the ancient forge in the Castellaro hamlet of Ronco Canavese, where the ancient craft of copper processing is revived. The structure dates back to the end of the 1600s and guests, on request, can participate in workshops and activities where they are taught to beat and shape copper. 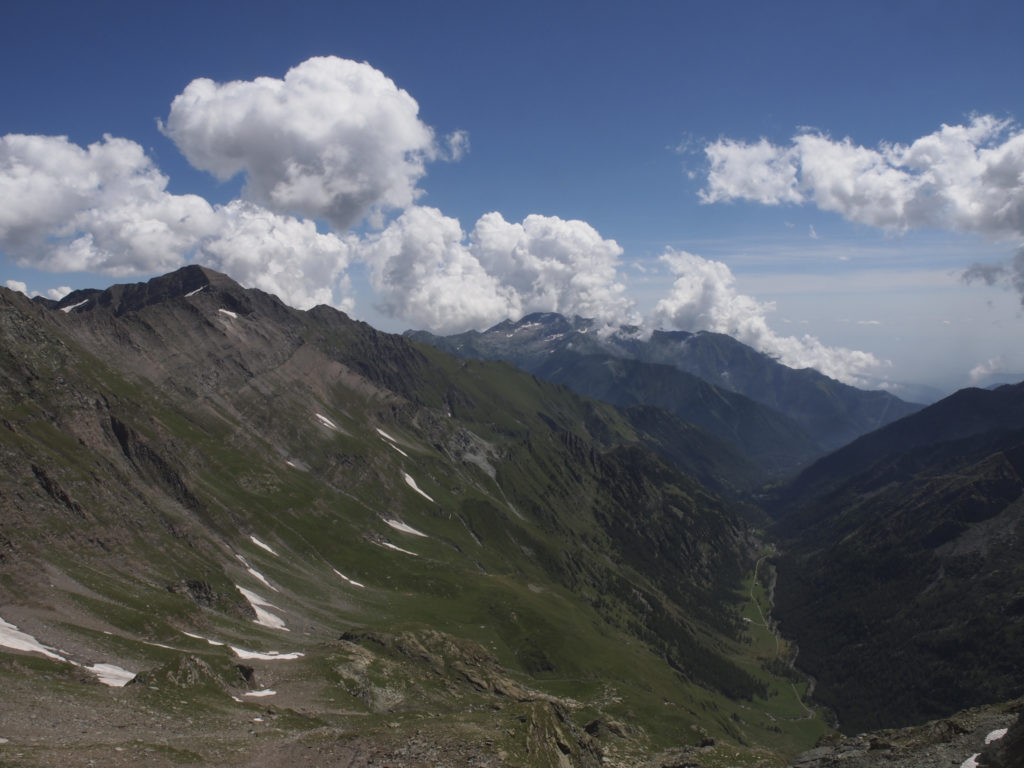 The landscape is typical of the glacial valleys of the area where the shaping action of glaciers over the millennia is evident. Within this valley there is the Environmental Education Center (CEA), ,the only education centre of thein the whole Park, which offers workshops and tours focused on preserving the park’s environment. Orco valley is perfectto take walks, hikes and mountaineering routes in any season of the year. A 3 hour walk from Noasca awaits the beautiful Royal House of Gran Piano, restored by the Park Authority. In Ceresole Reale there is the Visitor Center “Homo et Ibex”, dedicated to the relationship between the human race and the ibex. 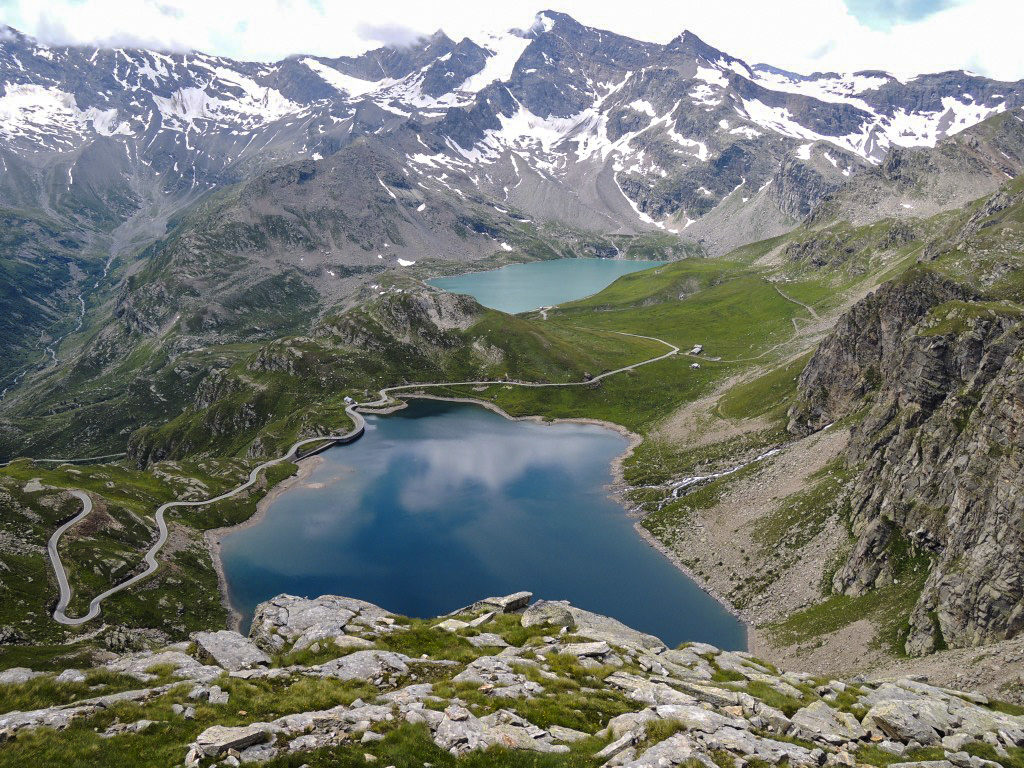 The most famous of the Park’s valleys, it offers the unique scenery of the Gran Paradiso glaciers. In the small town of Valnontey there is the Paradisia Alpine Botanical Garden, which invites you to learn about alpine blooms and medicinal plants. There is also the beautiful historic center of Cogne, where artisanal products such as the famous “tombolo”, the lace of Cogne, are made. 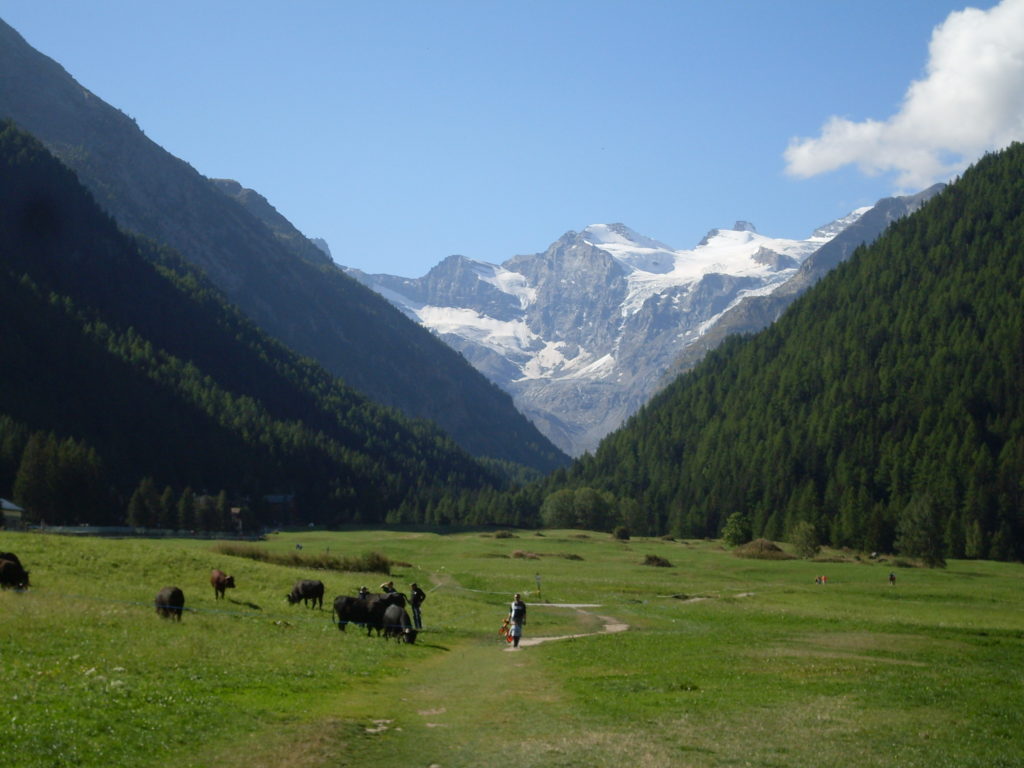 Rhemes is a splendid valley with a flat, typically glacial bottom. In the town of Chanavey, there is the visitor center dedicated to the world of birds and in particular to the bearded vulture. In the same area there are many nature trails and horseback riding routes which allow visitors to see the fauna, flora and inhabited areas of the valley. In the village of Rhêmes-Saint-Georges, in the lower valley, visitors can visit an equestrian center that offers horse riding tours and activities for groups and children. 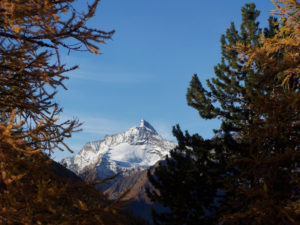 Valsavarenche valley is the narrowest and most untouched of the Valle d’Aosta valleys. Visitors can visit the royal hunting lodge of Orvieille, which has been restored by the Park In the district of Degioz, in the Municipality of Valsavarenche, there is the visitor center, which hosts an exhibition on the predators of the park. A few kilometers after Degioz, you can see a rock formation with the typical red colour deriving from the deposition of iron salts, which gives its name to the small town of “Eaux Rousses”. 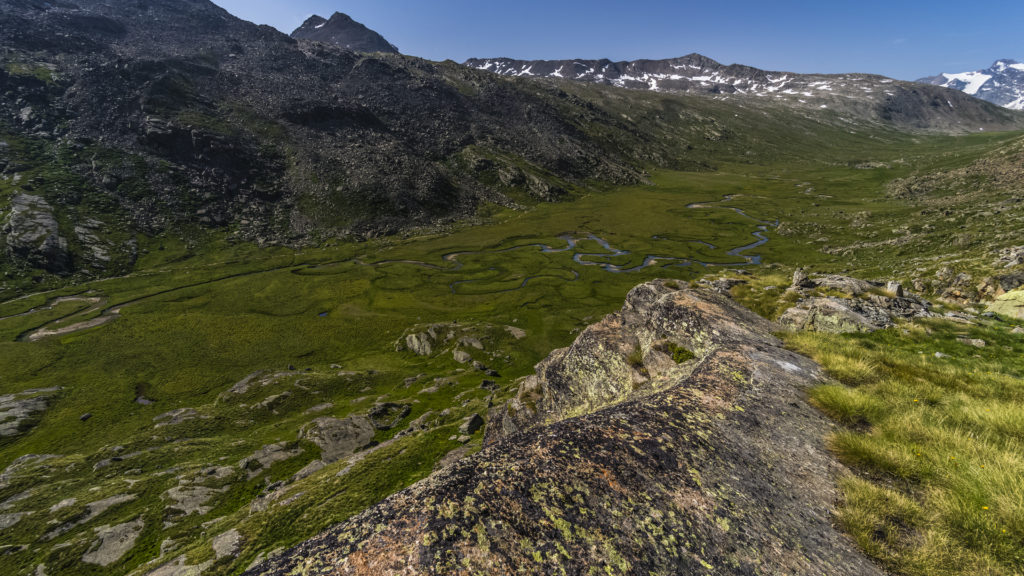 The Fauna of the Gran Paradiso National Park

The fauna has its emblem in the ibex, symbol of the Park and now widespread throughout the park, recovering from near extinction. Among the mammals of the park it is possible to encounter chamois, marmots, hares, foxes, badgers, stoats, weasels, and martens. It is also common to come across birds of prey such as the eagle, the bearded vulture, the buzzard, the kestrel, the sparrow hawk, the goshawk, the eagle owl, and the tawny owl. There are also many varieties of reptiles, insects and amphibians, such as vipers, the Parnassius butterfly, newts and salamanders. 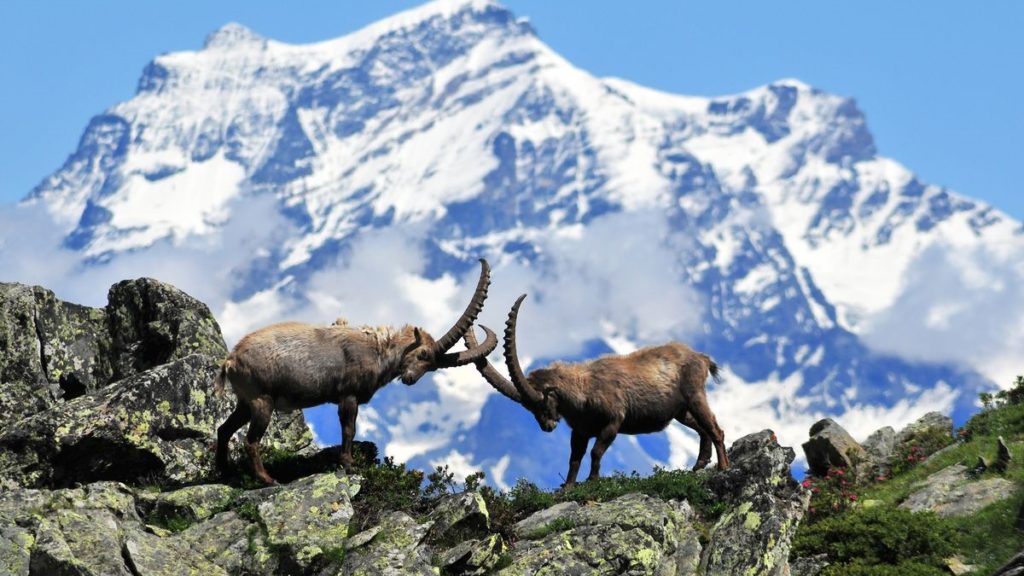 The Environments of the Park

Gran Paradiso National Park protects an area characterized mainly by an alpine environment. The mountains that make up the range, in the past have been cut and modeled by giant glaciers and by streams that created the valleys that we see today.

In the forests of the valley floor the most common trees are larches, mixed with spruces, Swiss stone pines and more rarely silver firs. Higher up the slopes the trees gradually thin out and make way for vast alpine pastures, rich with flowers in late spring. Rising even up to 4061 m of the Gran Paradiso only rocks and glaciers fill the landscape.

A little less than 20% of the park’s surface is covered by forests, and they are very important because they provide shelter to a large number of animal species. Furthermore, in many cases they make up the only natural defense system against the dangers of natural hydro-geological events (landslides, avalanches, flooding).

The Trails of the Park

The network of paths that crosses the Park extends for over 500 km through the five valleys included in the protected area. The paths can be used for walking, hiking, biking, and skiing and snowshoeing during the winter. Many of the paths are from the ancient hunting routes of King Vittorio Emanuele II from the 19th century. The routes allows visitors to explore and to view the area while learning thanks to education plaques along the route.

There is also the alpine ibex path that is almost 40 km, which winds through dense woods, meadows, stony grounds, and lakes. The path allows the hiker to cross some of the most spectacular landscapes of the Park and to spot the typical alpine ibex that inhabits the protected area. Six days of walking and five nights at high altitudes are ideal for taking this fascinating journey, which can be done only in July and August. 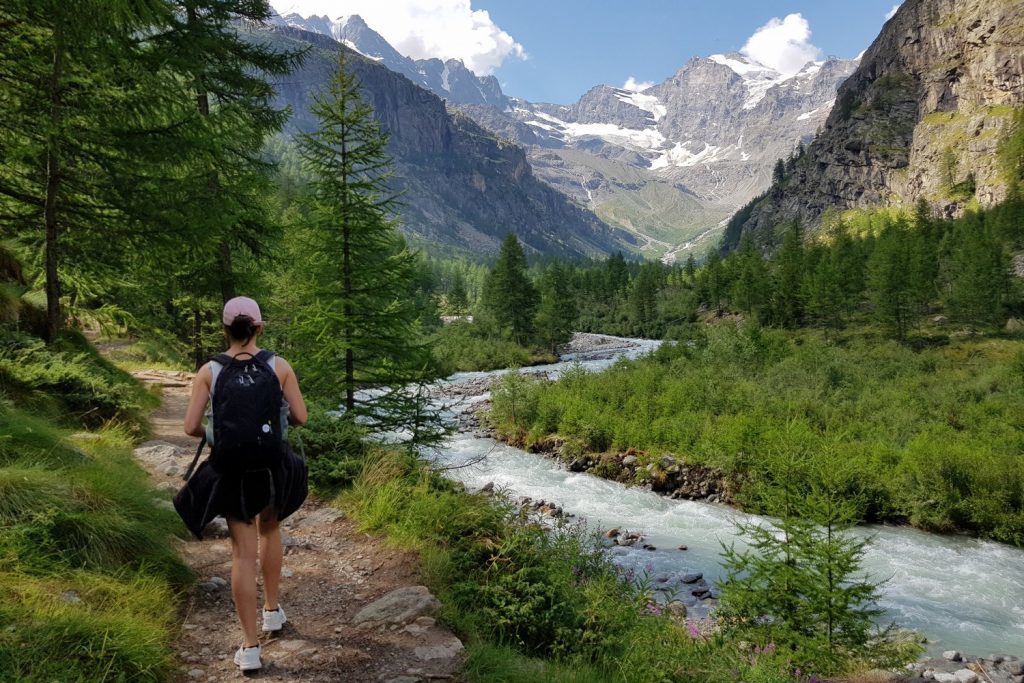