The Tuscan Archipelago National Park, established in 1996, covers an area of ​​79,160 hectares between the provinces of Livorno and Grosseto in Tuscany. It is one of the Italian National Parks with the strongest mix between land (22%) and sea (78%) and has the largest number of islands which are significantly distant and different from each other, rich in rare species to be protected.

The Park protects the natural and environmental heritage and guarantees the conservation of biodiversity in an area with plant diversity and characterized by the presence of protected seabirds of significant importance. The birds of the park include Audouin’s seagull, a symbol of Park, the Scopoli’s shearwater and the manx shearwater. The park also preserves and enhances the historical, artistic and cultural heritage of the islands, promotes the spread of environmental awareness and respect for nature. Lastly, it supports tourism and the sustainable economic development of the Archipelago together with the subjects of the territory, increasing its notoriety and promoting local products and local food traditions. 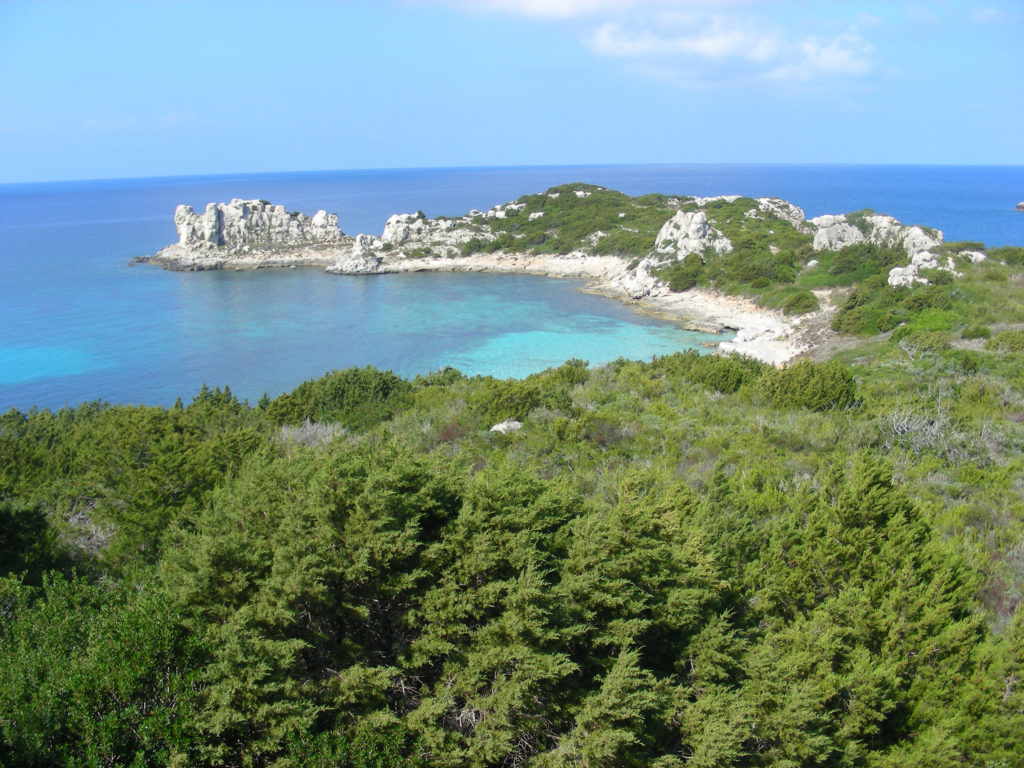 What to See and Do

Discover the park on foot, by mountain bike or on horseback – 436 km of paths and tracks inside the Park with itineraries for all tastes, including part of the Great Elbana Crossing. On the occasion of the Walking Festival, a regular event in spring and autumn, the Park organizes themed excursions with a free guide to all the islands. The cable car, which starts from Marciana and reaches the summit of Monte Capanne, offers an unforgettable view from the top of the archipelago to the coast of Corsica. 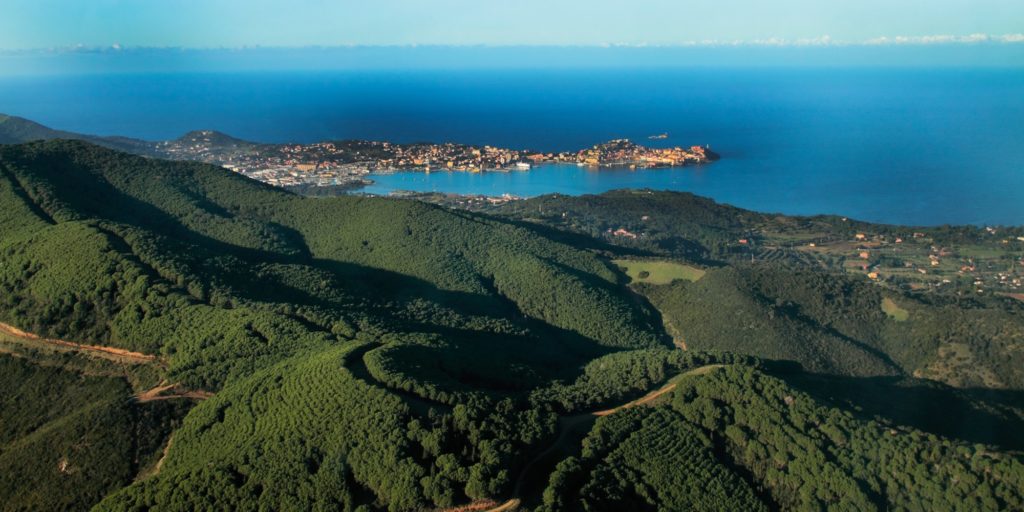 In the islands of the Archipelago there are beautiful and numerous diving sites. Elba and Giglio have no limitations at sea, in Capraia and Giannutri it is possible to dive in Zone 2. Since 2013 dive sites in the protected sea around Pianosa hav been opened, thanks to the construction of the new buoy field. This allows, through controlled dives and accompanied by guides, to discover the richness of the seabed of the island and the extraordinary biodiversity of a pristine marine area. 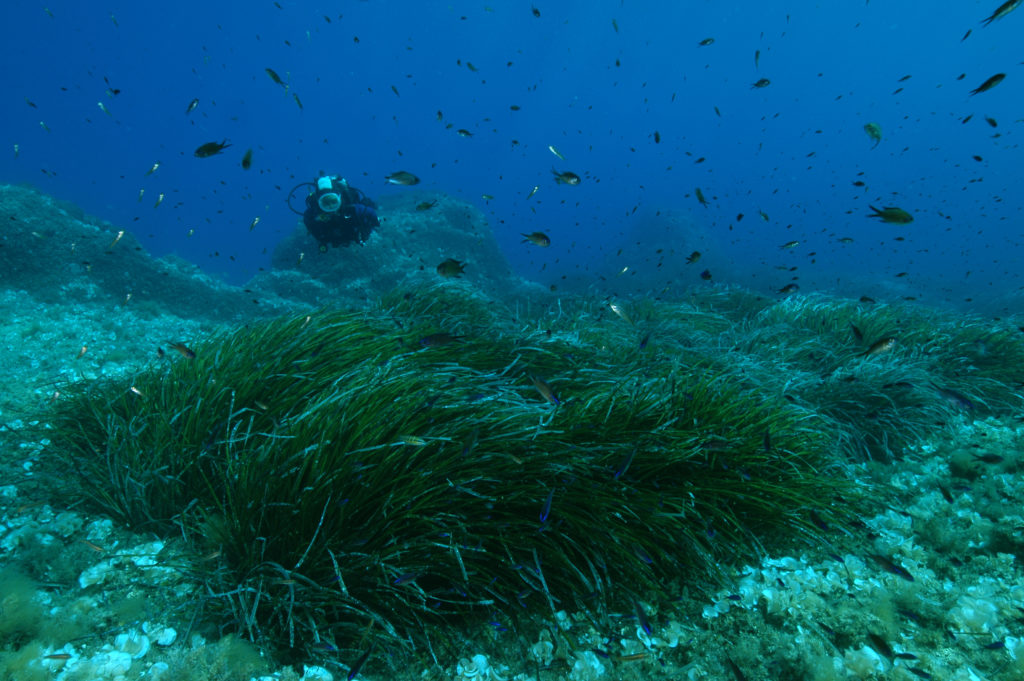 In spring the islands of the Archipelago host many different species of birds, some of which are very rare. In September, from the Campo Rapaci on Monte Serra you can observe the migration of thousands of birds of prey that use the Archipelago Islands as a “bridge” to reach Africa, passing through Corsica and Sardinia. 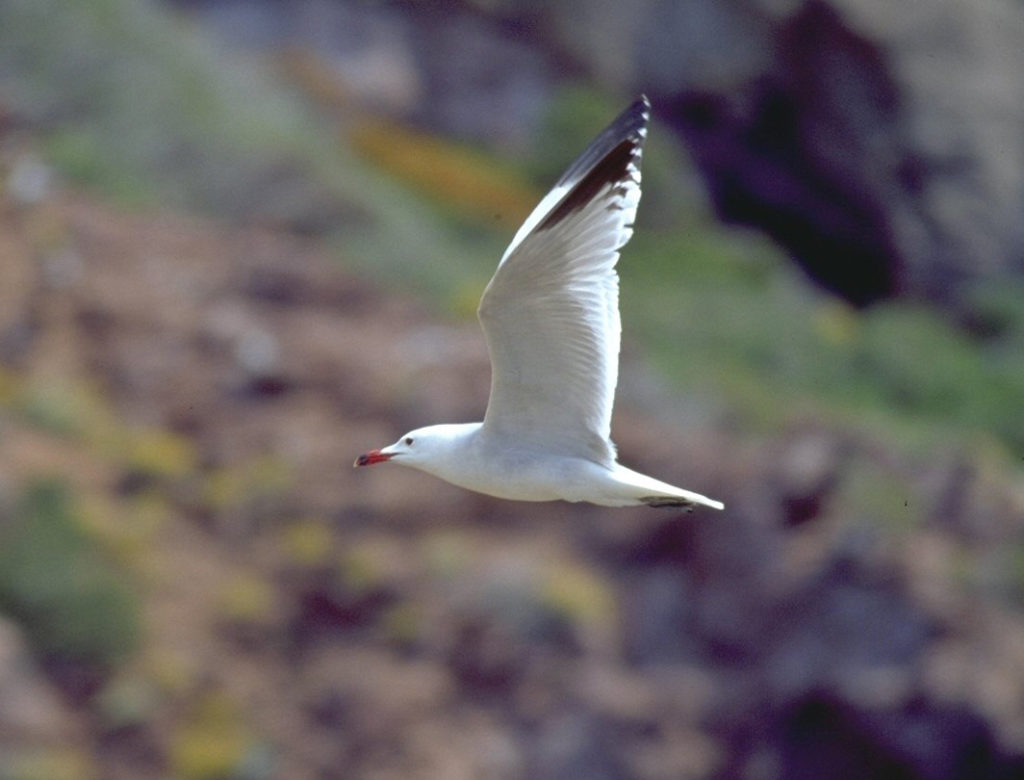 The Park is included in the International Sanctuary of Cetaceans “Pelagos”, a marine protected area of ​​8.75 million hectares between Italy, France and the Principality of Monaco. It is an area characterized by high biodiversity, which includes about 8,500 species of marine animals, where they can be spotted among other whales, sperm whales and dolphins. 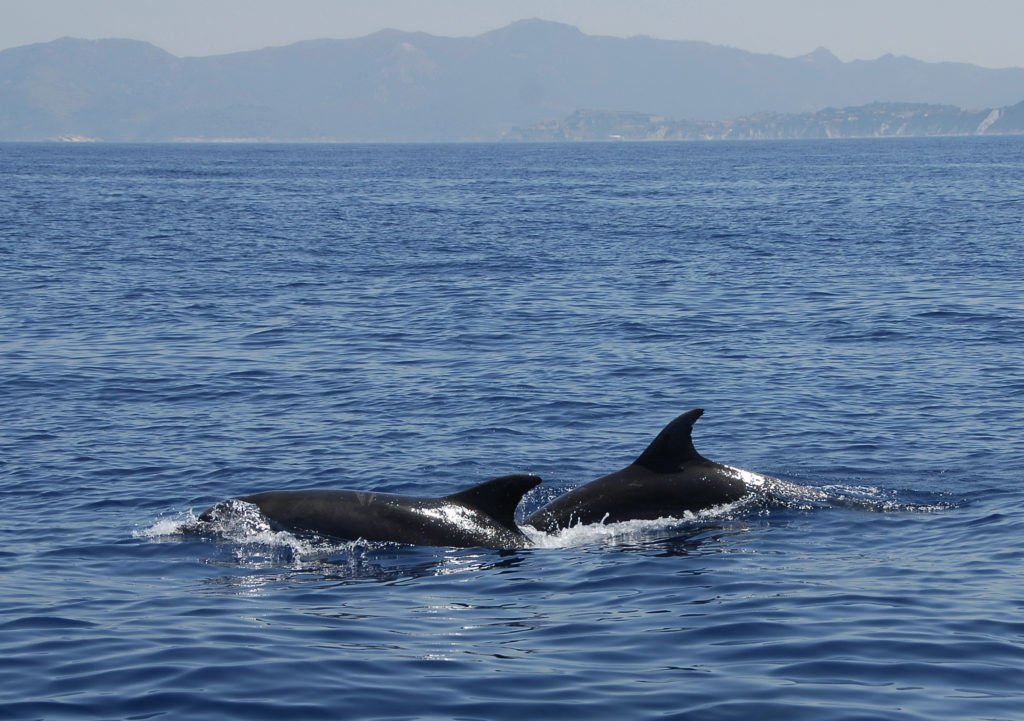 On these islands nature is certainly predominant but there are some historic buildings and archaeological sites not to be missed.

The Volterraio Fortress (Island of Elba)

The Volterraio Fortress, the only fortress ever conquered in the history of the island, appears from afar as a natural extension of the jasper rocks on which it stands. Recently the National Park has restored the structure and made it accessible. From the fortress there is an extraordinary panorama which looks out onto western Elba and on clear days up to Corsica. 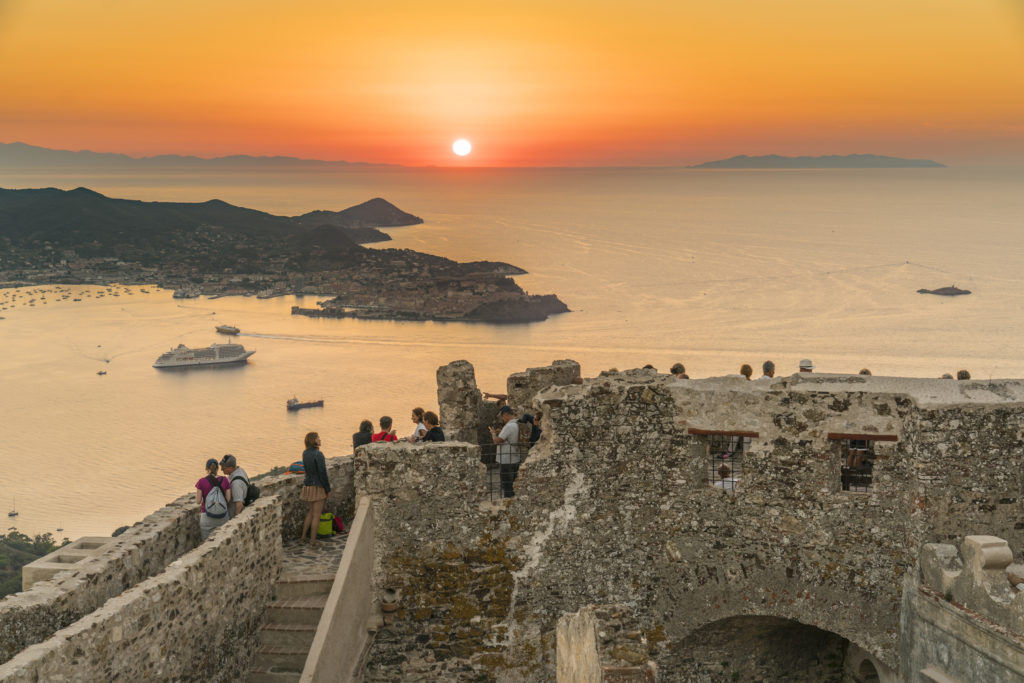 The English Fort is located on the top of the hill of San Rocco in Portoferraio, built in 1700 by Cosimo III Grand Duke of Tuscany on a visit to the Island of Elba. It was built to protect the city from assaults from land. From here you can enjoy a beautiful view of part of the Renaissance city and the entire Gulf of Portoferraio. 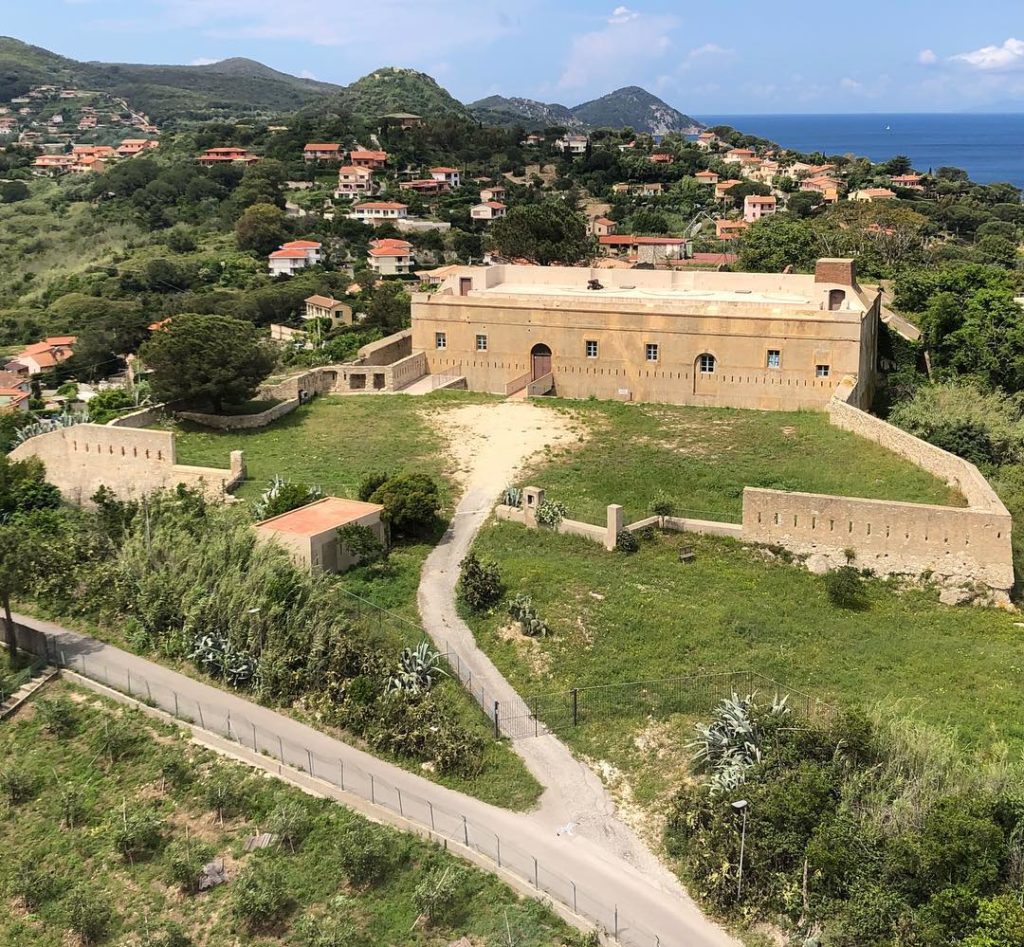 Dating back to the 2nd century AD it was built by an ancient senatorial family of important traders. Despite the artistic and historical importance of the remains, the villa was in private hands until 2004. Today the Roman Villa of Giannutri can only be visited accompanied by the National Park Guides. 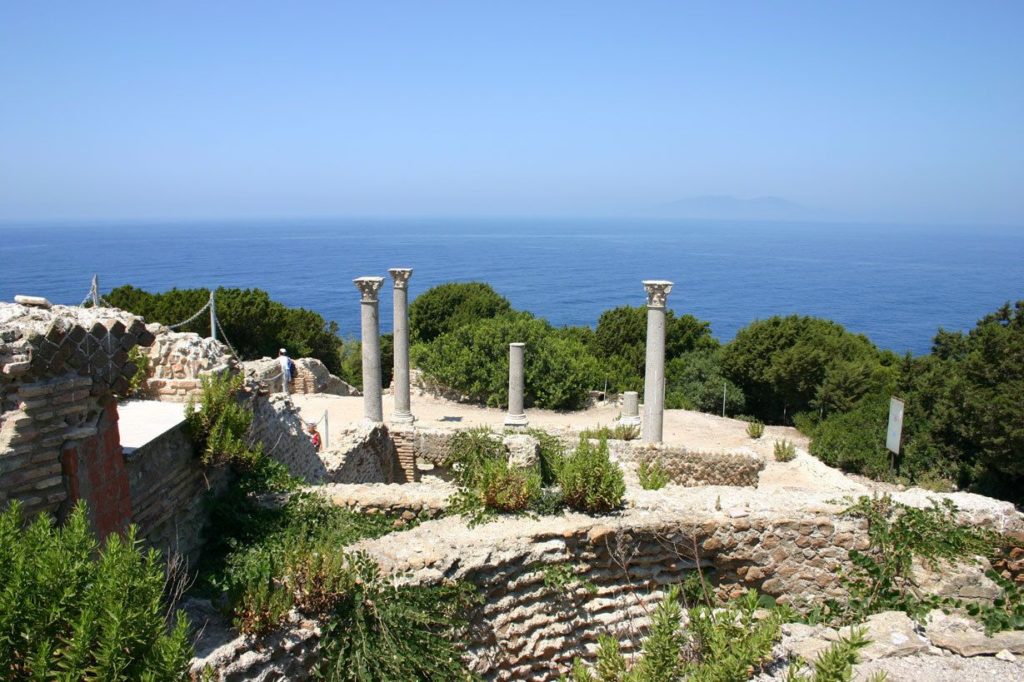 A walk through the beautiful structures of the village of Pianosa, offers visitors the possibility to visit ancient catacombs, to learn about the history and habits of the communities that lived here, in a historical journey that goes from the Stone Age to the nineteenth century settlements.

The Food and Wine Delicacies of the Archipelago

By nature and by vocation the islands represent ideal territories for small producers to use ancient production techniques to make delicious food and wine. The newer specialites of Elba are centered on the quality of local wines, the jewel in the crown of Elban viticulture is the Elba Aleatico Passito, the first wine of the smaller islands to obtain the DOC European protection. This wine with a ruby ​​red color and a sweet taste is made from grapes of Aleatico subjected to air drying. Currently they are registered in the Aleatico DOCG vineyard with 42 hectares, managed by 18 companies. Compared to two centuries ago, when there were 5,000 hectares of vineyards in Elba, today there is a considerable downsizing, but there are signs of an encouraging turnaround. There is also small but significant wine productions are also recorded in Capraia and above all at Giglio, where the Ansonaco is produced “heroically” on patches of land overlooking the sea. 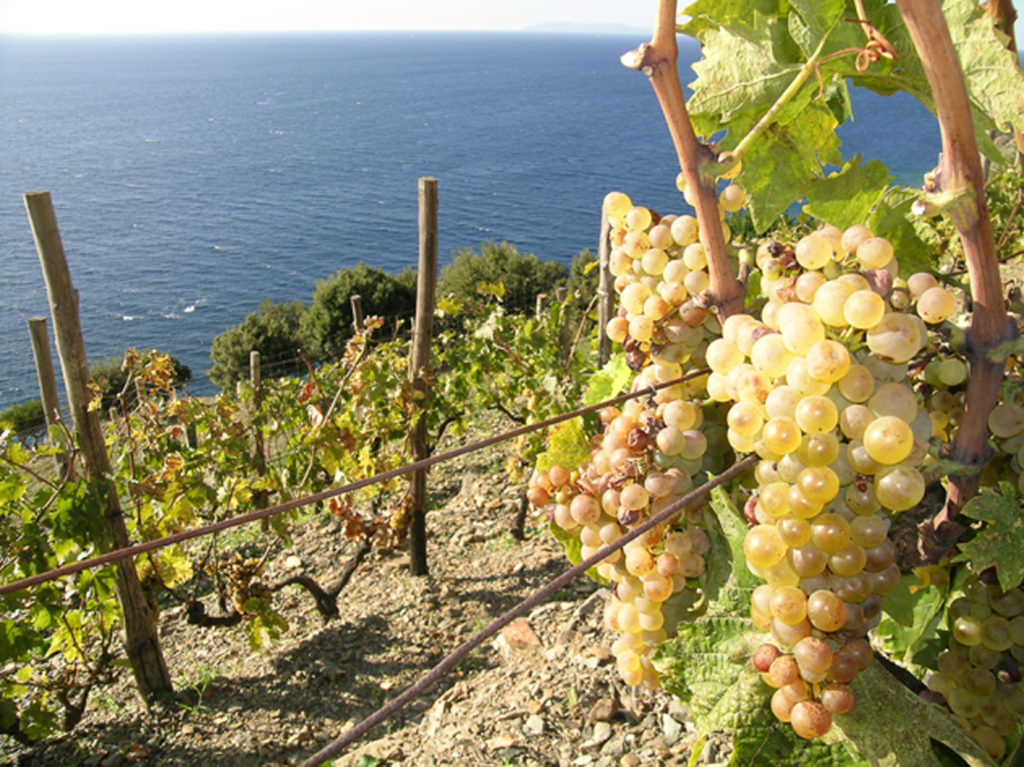 Among the traditional products of Elba, Giglio and Capraia, there is also honey, obtained mainly from the flowering of Mediterranean essences such as rosemary, thistle, heather, chestnut and arbutus. Obtained almost entirely with organic methods, honey is a completely natural product. Capraia honey, in particular, is one of the traditional Tuscan food products recognized by the Italian government, along with goat’s milk cheeses from the same island.

The list of traditional agri-food products linked to the Tuscan Archipelago also includes two desserts: the Elban Schiaccia Briaca and the Panficato del Giglio. The panficato uses the island’s fruits, figs and grapes, dried in the sun on granite plates. The “schiaccia briaca” dates back to the 13th century, when the Saracen invasions began at Elba. It is a typical soft and round cake made with local nuts (walnuts, almonds, pine nuts), raisins and some Aleatico wine which gives it its red colouring. 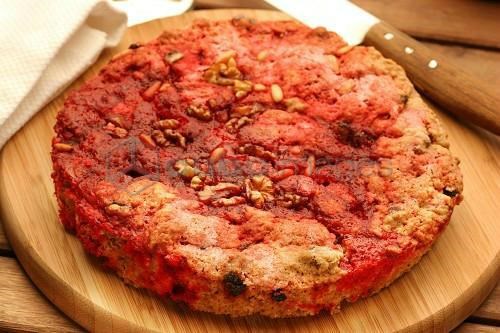 The mild climate of the islands has favoured the cultivation of olives, whose production in quantitative and qualitative terms has been growing especially in recent years. Since 2011, the Elban oil has won the IGP mark, surpassing the careful examination of the Tuscan oil consortium. The recognition allows total traceability for the consumer, informed about the place where the oil was produced and the chain followed before arriving on the final table. The extra virgin olive oil produced on Elba is obtained from the traditional olive varieties such as Frantoio, Leccino, Moraiolo and Pendolino. The olives are harvested by hand and immediately taken to the local oil mill, where they are pressed and produce and oil golden in colour and rich in aromas. 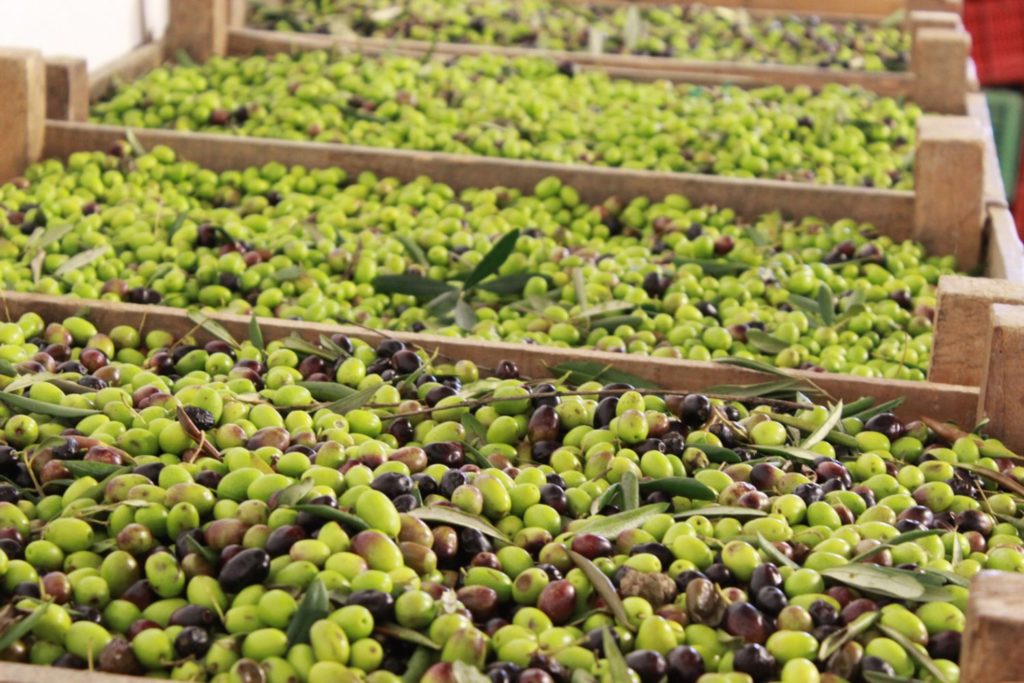