Guicciardini Strozzi (two families united by marriage) is one of the oldest wine producers in Tuscany. Their business boasts over 1000 years of activity, with the earliest evidence of winemaking on the estate dating back to 994 AD. Run by the descendants of some of the most politically and economically powerful families in Italian and European history, the Guicciardini and Strozzi families’ lasting legacies are represented among this sprawling wine estate.

The Guicciardini are descendants of the famous Francesco Guicciardini, an important politician, as well as a philosopher and historian who was a close confidant of Niccolò Machiavelli. The Strozzi, on the other hand, were powerful bankers, commanders, government officials and the major rivals of the famous Medici family from Florence in the 15th century. These two powerful families eventually married in the 17th century. They led to other famous descendants, including Sir Winston Churchill and Lisa Gherardini, better known as Mona Lisa, of which the current owners of the winery are her 15th generation descendants.

First located at the historic estate of Tenuta di Cusona which stands among the green Tuscan hills, in front of the famous medieval town of San Gimignano, the Guicciardini Strozzi winery now produces 22 varieties of wines. The estate covers 530 hectares, and it is specialized in the production of Vernaccia di San Gimignano as well as cultivating other white and red grapes, including Sangiovese, Merlot and Cabernet Sauvignon. In 1998, the wine production extended to Maremma DOC area, allowing them to expand their wine portfolio. Through over 1000 years of winemaking history, Guicciardini Strozzi has embraced modern winemaking philosophies and maintained its extraordinary heritage. 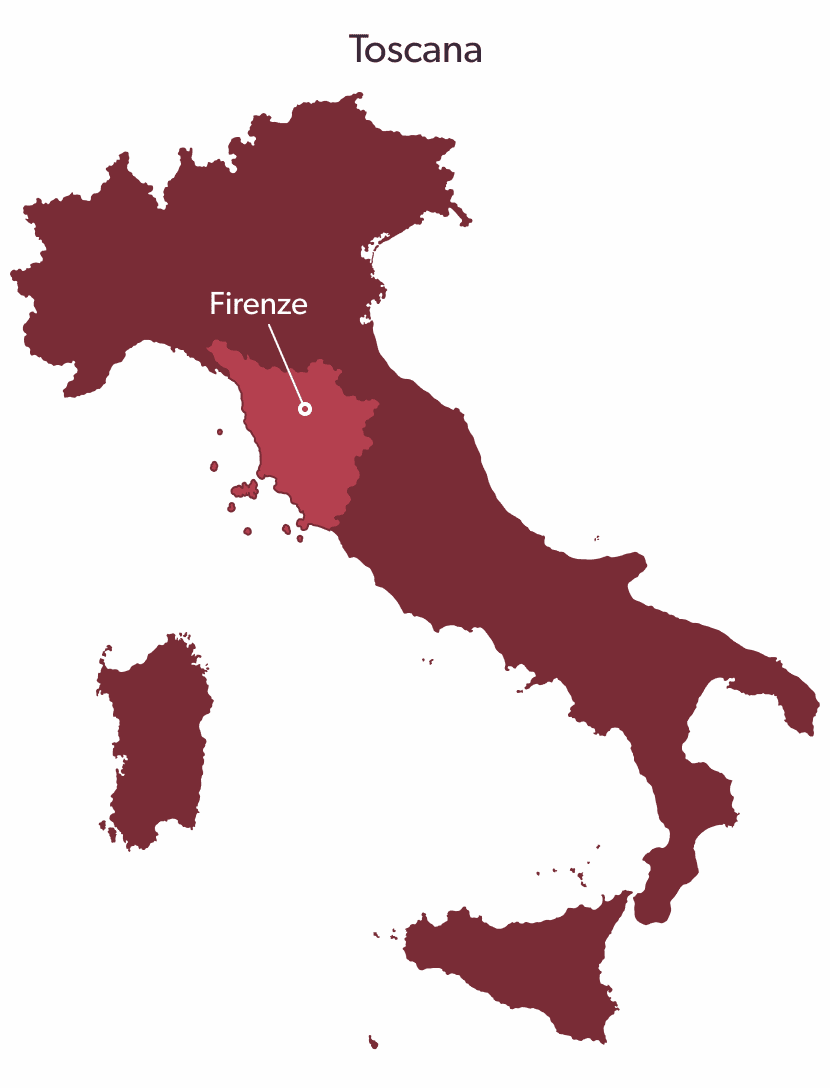 Discover Toscana
Wines
Wine made from grapes harvested by hand and carefully selected, fermented in cement vats and steel autoclaves at controlled temperatures. The aging in oak barrels and bottled takes place within the centuries-old cellars.

The Fattoria Guicciardini apartments are located in the very centre of San Gimignano, in Tuscany, close to the suggestive Piazza Sant’Agostino and the medieval gate of San Matteo. The holiday apartments have been created inside the farmhouse, after careful refurbishing works which have not upset the original structure.

All holiday apartments have kitchen, heating and satellite colour TV.

Prices in Euro – All the apartments are equipped with kitchen, heating and colour satellite TV. The prices include cleaning at the end of your stay, one change of linen per week and heating. Travel Tax Euro 1,50 per person per day to pay during the months between March 1st until October 31st (max fee to pay p.p. 10 days). Children up to 12 yrs of age are exempt.

Wine made from grapes harvested by hand and carefully selected, fermented in cement vats and steel autoclaves at controlled temperatures.

The aging in oak barrels and bottled takes place within the centuries-old cellars.