Contessa Entellina is an Italian wine DOC on the island of Sicily, covering red, white and rosé wines from a small area south of Palermo.

Contessa Entellina is an Italian wine DOC covering red, white and rosé wines from a small area south of Palermo: Contessa Entellina. The town was founded in 1450 in the Kingdom of the Two Sicilies by the Aragonese king Alfonso of Naples to quell the Neapolitan barons’ revolt and the Angevins’ raids.

The appellation was created in August 1993, and it includes several different types of wines. 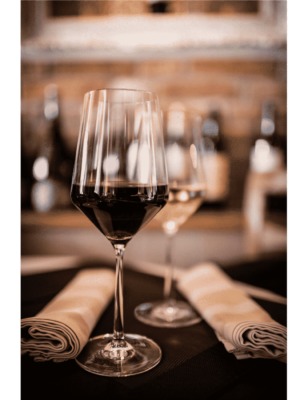 The geographical area dedicated to the production of the Contessa Entellina DOC wine extends over the hills of the Belice Valley, in an area that is adequately ventilated, bright and favourable to the fulfillment of all the vegetative-productive functions of the vineyards.

Alongside the red, rosé and white base wines, seven varietal wines refer to wines produced with at least 85% of the declared variety. The reds are Cabernet Sauvignon, Merlot and Pinot Noir, while the whites are Grecanico, Chardonnay, Sauvignon and Inzolia. There is also a late harvest sweet wine, always produced from Ansonica (Inzolia) grapes.

The basic red wines of the Contessa Entellina DOC appellation are made with grapes from the Nero d’Avola vines, the most common red variety in Sicily, and Syrah, a vine originating from the Rhone Valley. It is worth noting that neither of these two varieties is approved for DOC varietal wines. The reason for this is not entirely clear, but it could be to safeguard the “true” identity of the Contessa Entellina DOC base wines. This unusual provision does not apply to white wines, whose base versions consist of a minimum of 50% Inzolia. At the same time, the rest of it includes grape varieties approved for the Sicily region, as well as Catarratto, Grillo and Müller-Thurgau.

Cabenet Sauvignon, Merlot and Pinot Nero account for the red varietals, while the whites are made from Grecanico, Chardonnay, Sauvignon lanc and Inzolia (known as Ansonica). There is also a sweet late-harvest (vendemmia tardiva) version of the Ansonica wines.

The recommended combinations with Contessa Entellina DOC wine are appetizers and fried fish, soft or spicy cheeses, and pasta dishes or seafood risottos.

For example spaghetti with cuttlefish, risotto alla marinara or linguine with seafood. 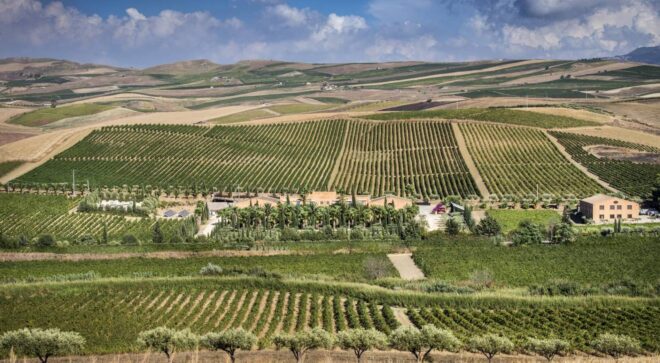