Roccaccio is a hard paste cheese made with sheep’s milk which was first made in the town of Fossato di Vico in the province of Perugia in Umbria.

Roccaccio typically has a cylindrical shape and weighs approximately 3 kg. Its rind is smooth and yellow, whereas its interior paste is pale yellow and has a flaky, crumbly texture.

Roccaccio is well known for its characteristically bold taste and is most often eaten on its own or grated over a variety of local dishes, such as pastas and soups. 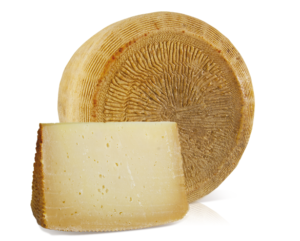