The Marches Coast is one of the region’s most popular attractions. The beautiful and uncrowded beaches preserve their uncontaminated nature.

Pebbly, rocky, and sandy beaches alternate on the shore to please the preferences of every tourist. What are we waiting for then, let’s get carried away by the enchanting landscapes of the Marches’ coast!

The Gulf of Ancona 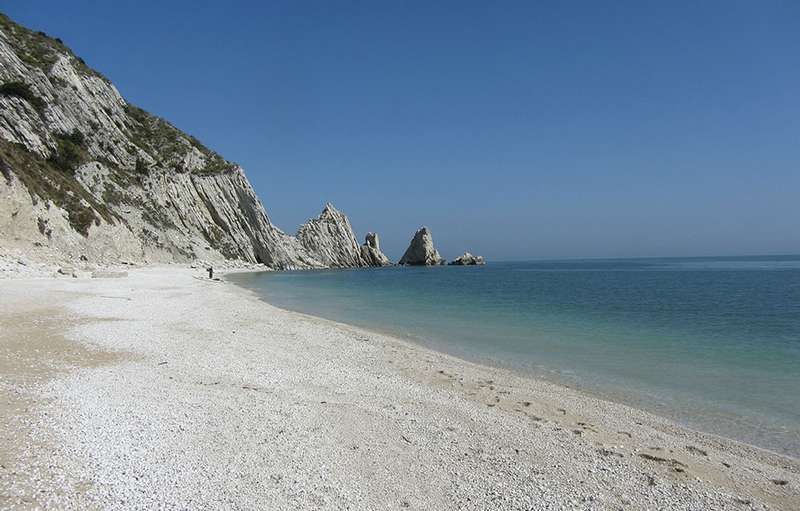 Ancona, a city of bewitching charm, is the only city in Italy to offer this peculiarity: thanks to its elbow shape and its location on the coast, it is possible to watch the sun set or rise directly on the sea. The Gulf’s waters have been recognized for their purity by the European “blue flag” certification, which guarantees optimal swimming conditions and attentive care towards the protection of the marine environment. 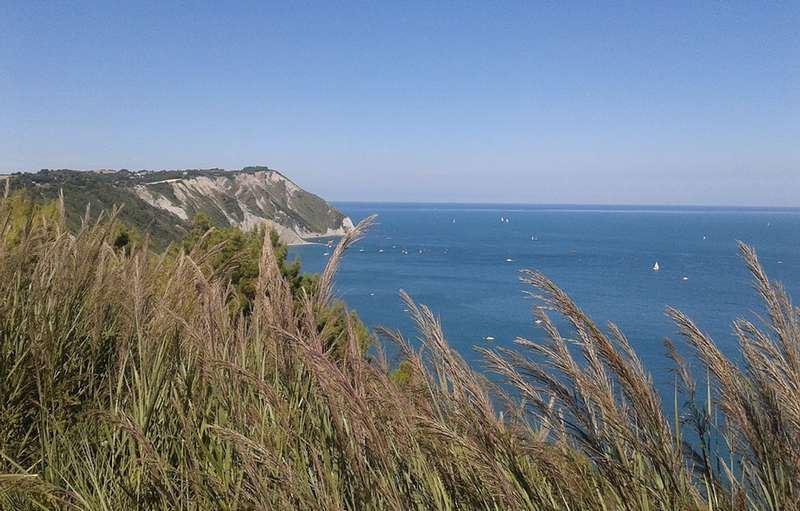 From Ancona, the region’s capital, you can see Mount Conero, a promontory of extraordinary beauty right on the blue of the Adriatic Sea. The most beautiful section of the Marches’ coast starts here: Riviera Conero, rich in white bays accessible only by boat or foot, through paths in the Mediterranean shrub land. 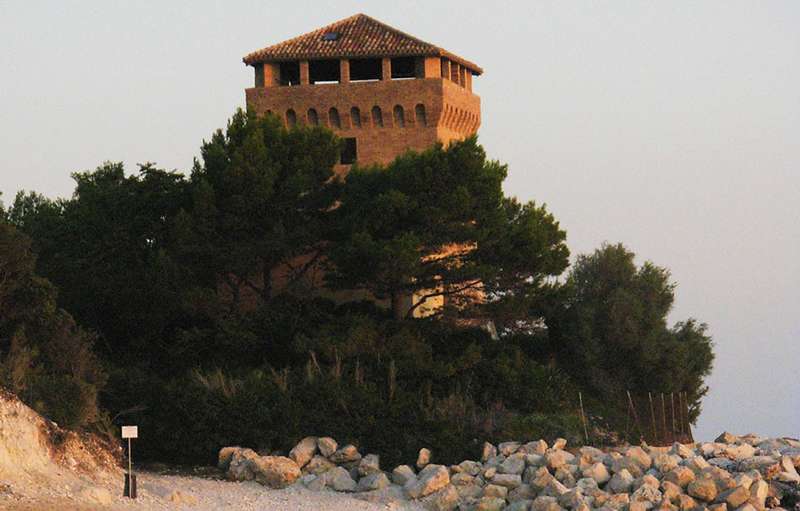 Moving up, we find Portonovo, a town that flaunts a white pebble beach with a winding shape that forms a bay. Here you’ll find Torre di Guardia, a tower built in 1716 by Pope Clemente XI to stop pirate raids. The tower was later bought by Adolfo De Bosis, who transformed it into a retreat for poets. 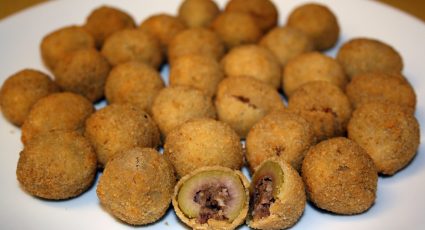 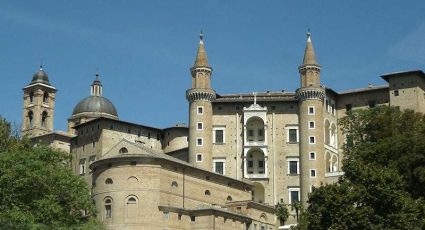