The Conero DOCG appellation located on the slopes of Mount Conero in Marche, produces full-bodied dark red wines with aromas of black cherry and herbs, mainly from Montepulciano and Sangiovese grapes.

Conero DOCG is one of the 12 DOC wines in the southern part of the Marche region, in central Italy. The continental climate along with the mineral-rich clay soils make this area ideal for cultivation.

For several years, Rosso Conero DOC had been considered one of the best red wines in Marche, but as the type obtained its DOCG in 2004, and as of that year, there were a lot of people worldwide who became aware of the wine’s qualities. 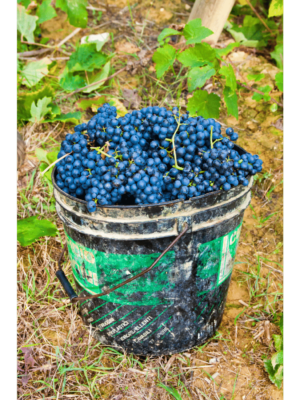 The production zone covers a small area on the slopes of Mount Conero, south-west of Ancona between the Adriatic Sea and the Apennines.

The vineyards are placed as an amphitheater, around the 570 meter high mountain, Monte Conero, including the municipalities of Offagna, Camerano, Sirolo and Numana, as well as parts of Castelfidardo and Osimo.

Its vineyards sit on mineral-rich chalky and clay soils which, combined with a continental climate, provides an ideal terroir for the cultivation of vines.

Located in the Ancona province, it is promoted as a coastal red wine appellation. However very few vineyards face eastwards to the sea. Instead they face other points of the compass on slopes which shelter the vines from maritime climate influences.

The wine must be made from at least 85% Montepulciano.

Up to 15% Sangiovese may be added, though this option is rarely taken.

Conero DOCG is a deep ruby red wine, with an inviting and vinous fragrance. The taste is harmonious, dry and very rich, often with hints of licorice and pepper.

This wine pairs well with meat and roasted root vegetables. 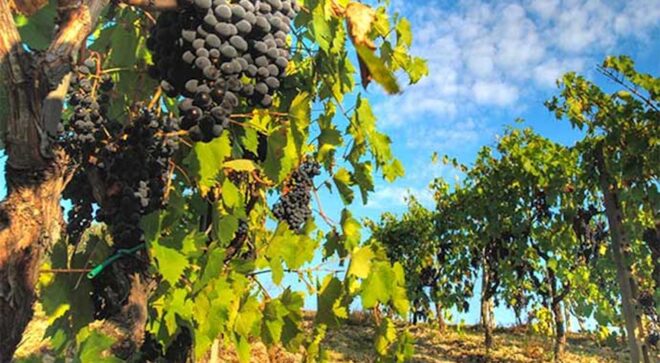 Discover the Frasassi Caves in Marche

Walking through Piceno, a journey from mountain to the sea

Perugia: 4 places to visit in the heart of Umbria