The history of Chianti dates back to at least the 13th century with the earliest incarnations of Chianti as a white wine. Today this Tuscan wine is one of Italy’s most well-known and recognizable wines.

A formula to produce a pleasant, ready-to-drink wine made with 7/10 of Sangiovese, 2/10 of Canaiolo and 1/10 of Malvasia. The peculiarity lies in using this white berried grape to create a red wine, which strips the product of structure, however, gives it pleasantness and drinkability. This has been Chianti for a very long time, at least until 1996, when the Chianti Classico became an autonomous DOCG. Long before the ban of white berried grapes in 2005. Chianti Classico today can only be made with 80% to 100% Sangiovese grapes. The remaining 20% ​​is made either with traditional Tuscan red grape varieties or with international wines such as Merlot and Cabernet Sauvignon. Until 1984, the use of white grapes was even mandatory.

The success of this wine, transported in the legendary straw flask, in Italy and around the world, was incredible. Consider that on December 2, 1942, in Chicago, the team led by Enrico Fermi to celebrate the invention of the first nuclear reactor uncorked a bottle of Chianti di Castellina.

However, this commercial fortune meant that in the early 1900s, some first imitators were born. These began to produce red wine in the central Tuscan hills, outside the area delimited by Cosimo III in 1716, labelling it “wine for use del Chianti”. It was then that the confusion started, and remains to this day between Chianti and Chianti Classico. To counter the phenomenon, a group of winemakers set up the first “Consortium for the defence of the typical Chianti wine and its brand of origin” in 1924, which adopted the black rooster on a golden background as a collective symbol. Article 1 of the Statute included «the producers and industrialists of Chianti Classico wine, composed of the Municipalities of Castellina in Chianti, Gaiole in Chianti, Greve and Radda in Chianti and Castelnuovo Bardanega limited to the hamlets of S. Gusmè and Vagliagli “.

In 1927, some neighbouring territories which were excluded from the “classic” Chianti Consortium, founded the “Chianti Wine Consortium” in response. The latter had a Bacchino (little Bacchus) as its distinctive mark: it was also called “Consorzio del Putto” to distinguish itself fully from that of the Black Rooster.

Those of Putto had an expansionist vision, arguing that: “Chianti is not the name of a wine from a certain area, that is, of the historical Chianti, but the generic name of a certain type of wine and therefore, this denomination must be extended to wines produced in the areas of San Casciano, Carmignano, Montalbano, Colli Fiorentini, Pomino, Rufina etc., because they are endowed with a precious finesse, particular organoleptic and commercial characteristics, and have been distinguished internally and abroad with the name of Chianti since the dawn of time”.

Some areas benefited from this dispute; in fact, in 1927, the Consortium of the Black Rooster reformed its Statute, expanding the territory to certain parts of Barberino Val d’Elsa’s municipalities Poggibonsi, S. Casciano Val di Pesa and Tavarnelle Val di Pesa.

To clarify, the Ministry added in 1932, with a special decree, the suffix “Classico” to distinguish the original Chianti, produced in the ancient homonymous area delimited in 1716, from other wines made “for the use of Chianti” outside of the original area.

In 2014, the Gran Selezione typology was born, and the advent of UGA (additional geographical units) was recently announced, marking the beginning of the zoning of the territory.

Not to be missed
Why the Black Rooster?
The History of Chianti Classico 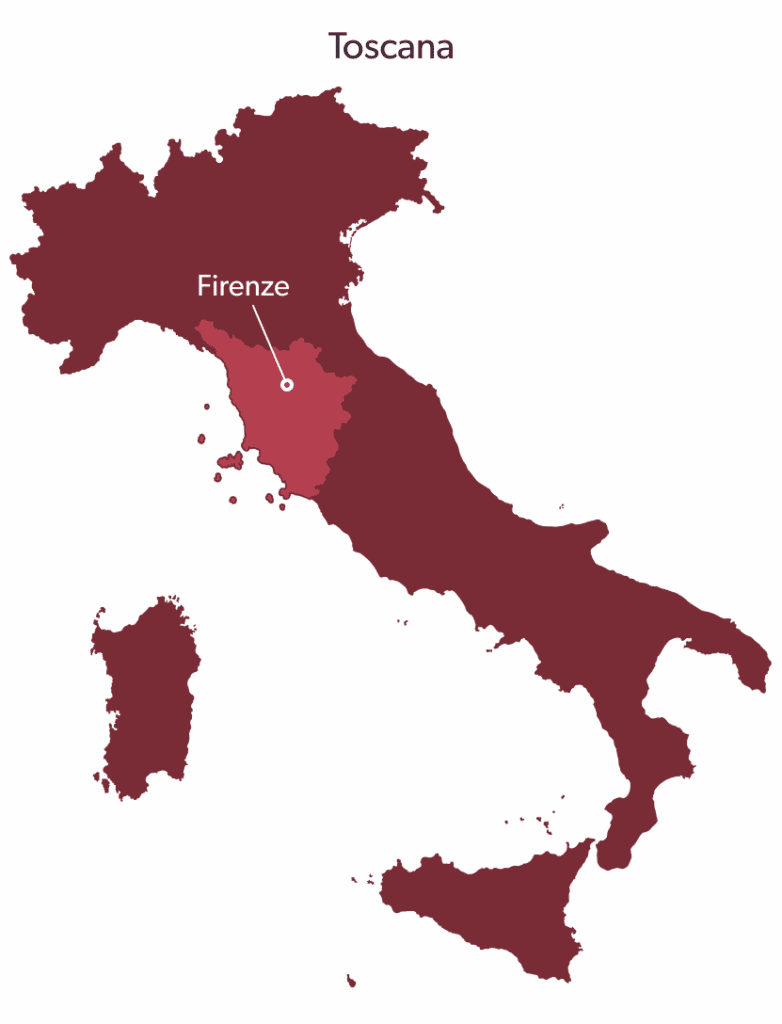