Chianti Classico DOCG red wine is produced in the oldest area of ​​Chianti, between the provinces of Florence and Siena.

The Chianti Classico area is a land of ancient winemaking traditions going back to the Etruscans and Romans. In medieval times, Chianti was a land of constant battles between the cities of Florence and Siena.

The wine born in this land is mentioned since 1200 in manuscripts, chronicles, historical documents. The first notarial document in which the name Chianti appears to refer to the wine produced in this area dates back to 1398. As early as the 1600s, exports to England were no longer occasional.

The Chianti Classico production area is the first in the world to have been defined by law, with a 1716 proclamation by the Grand Duke of Tuscany Cosimo III. The announcement specified the boundaries of the areas within which Chianti wines could be produced and established a congregation to supervise production, shipment, control against fraud and the trade of wines (a sort of progenitor of the Consortium).

Until the 1700s, Chianti was produced using only Sangiovese grapes. The practice of mixing different grape varieties to improve the quality of the wine produced dates back to the early 1800s.

In that period, various blends experimented, but it was Baron Bettino Ricasoli, between 1834 and 1837, who popularized the composition he considered most suitable for obtaining a pleasant, sparkling and ready-to-drink red wine which would later become the basis of the official composition of Chianti wine: 70% Sangioveto (local denomination for Sangiovese), 15% Canaiolo, 15% Malvasia and the application of the government’s practice to the Tuscan use, which consists in taking a portion of the grapes, the healthier and more mature ones, better Sangiovese than Canaiolo, and then leave these grapes for six weeks, arranged on racks, out in the air so that they wither.

After being pressed, these grapes produce a must which, added to the wine that has just finished fermentation and has burned all the sugars, starts a second fermentation, which lasts until spring. 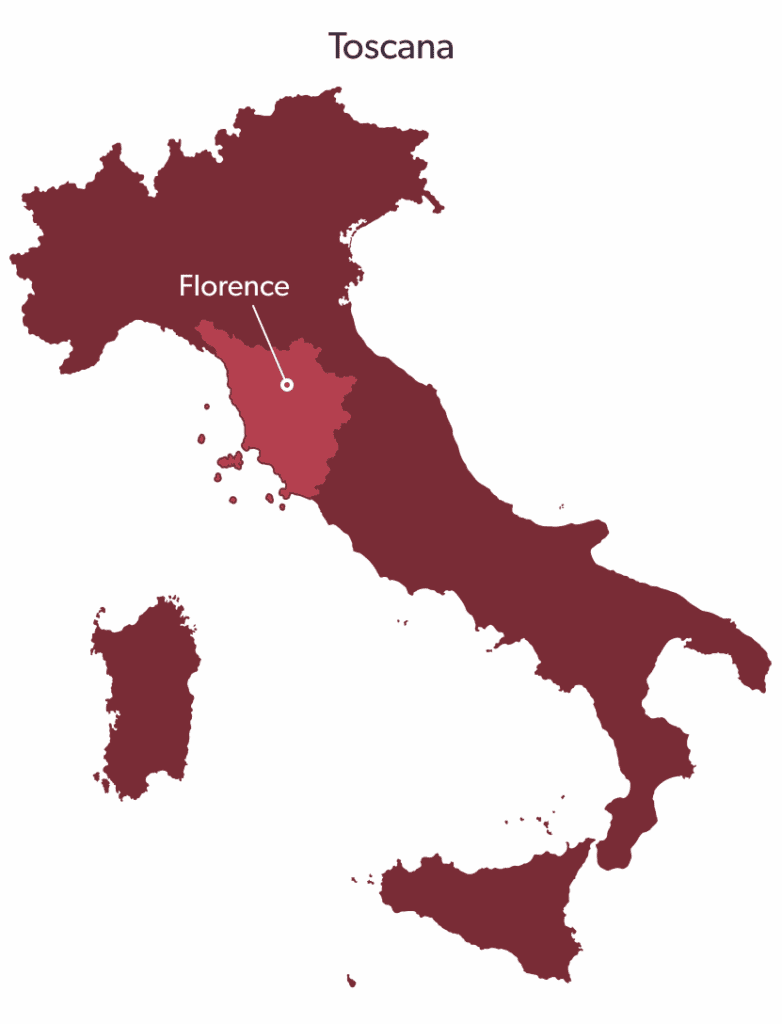 The grape variety of reference for the Chianti Classico DOCG remains Sangiovese, which must be present for at least 80% of the grapes used for the production of Chianti Classico.

Sangiovese is a grape susceptible to external factors, and it has the ability to change its aromas depending on the soil in which it is grown.

Chianti Classico DOCG wines have cherry and floral aromas and are medium-bodied with higher levels of acidity. Chianti Classico has the floral bouquet of iris and violets typical of this area’s sandstone soil, which constitutes the characterizing organoleptic element, with the aroma of wild berries that derives instead from the calcareous component of the soil.

Crouton with porchetta and smoked caciocavallo

We talk about Chianti Classico in our favorite Quebec blogs