Based on the outskirts of Venice, La Jara vineyard, situated between Conegliano and the Piave river has become a staple among organic Venetian wine producers.

Placing a strong emphasis on the land surrounding the vineyard, La Jara have utilized the soil’s distinct properties to help give their grapes a distinct aroma that is conveyed throughout their wines. With rich limestone deposits running through the soil, retaining heat during the day which in turns helps the vines during the area’s colder nights, has created a rich a variety of aromas and smells that are represented through the complexity of the wines notes.

Sharing a strong synergy with the land surrounding the vineyard, La Jara has evolved to become a leading member among Italy’s vineyards to adopt a more organic approach to winemaking.  La Jara, meaning “gravel” in local dialect, has reflected this strong sense of communal responsibility of maintaining the local environment by showcasing its role in sustainable wine production, conveying its history and the minutia involved with its particular ashen colored gravel that helps their vines in cooler months.

Emphasizing that “nature is a perfect mechanism”, the vineyard has placed itself squarely among Italy’s organic wine industry, reflecting a growing trend among Italian viniculture. 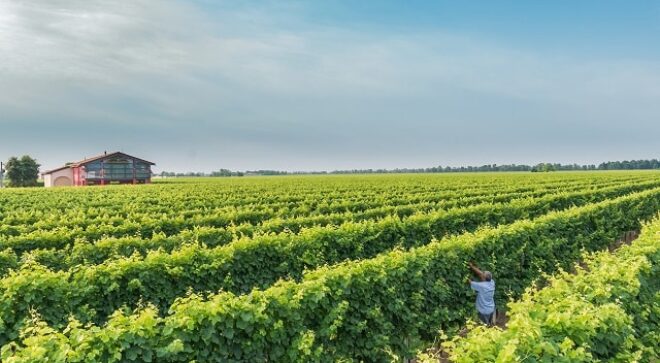 Belluno: A city found among the peaks of the Dolomites

Spritz, the story of a trendy cocktail