Despite taking its name from the grape from which it is produced, Castel del Monte Bombino Nero is a rosé wine.

The history of this wine has distant origins and can be traced back to the colonists of Magna Graecia, who over two thousand years ago had sensed the enological potential of Bombino Nero and proceeded to transform the Murgian lands, especially those located in the area of Corato, in a fertile vineyard.

However, the most recent success of the Castel del Monte Bombino Nero wine is due to the constant commitment of the producers and the Consortium, who over time have been able to innovate with new technologies, consolidating the world fame of a wine that today boasts the DOCG label obtained in October 2011. 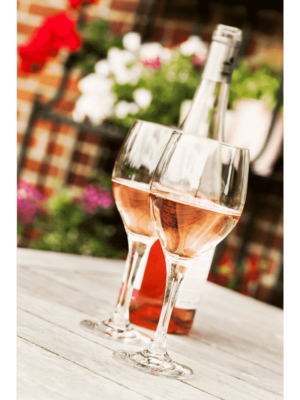 The area of the denomination of origin, Castel del Monte Bombino Nero DOCG, takes its name from the famous Castel Del Monte, a UNESCO World Heritage site since 1996, ordered by Emperor Frederick II and the vineyards are included in Alta Murgia National Park, in the territory of Gal Ponte Lama. This land has been always vocated to grapes and wine production, since the Greek empire.

The production area is between the provinces of Bari and that of Barletta-Andria-Trani. It includes the municipal area of Minervino Murge and partly the municipalities of Andria, Corato, Trani, Ruvo, Terlizzi, Bitonto, Palo del Colle and Toritto and completely the administrative island of D’Ameli in the municipality of Binetto.

The vineyards are distributed between 300 and 500 m above sea level, in a predominantly arid landscape rich in stony and sharp rocks, with shallow depth calcareous soils. The climate is almost Mediterranean, with hot summers and mild winters, rarely snowy.

The Castel del Monte Bombino Nero DOCG designation of origin is reserved for wines produced from the Bombino Nero grape (at least 90%).

The Bombino Nero variety is not suitable for red vinification due to its juice’s high acidity and thin skin; moreover, inside the ripe bunches, it is easy to find some green grains with a low sugar concentration. These characteristics, however, make it ideal for creating rosé wines with an intense coral colour, lighter than those of the Salento area (primarily based on Primitivo).

Castel del Monte Bombino Nero DOCG is a rosé wine, of good consistency and structure, with a more or less intense cherry pink colour and fruity aromas of strawberry and raspberry.

Castel del Monte Bombino Nero DOCG is a summer wine suitable for light dishes or appetizers. It goes very well with fish that is not too elaborate. 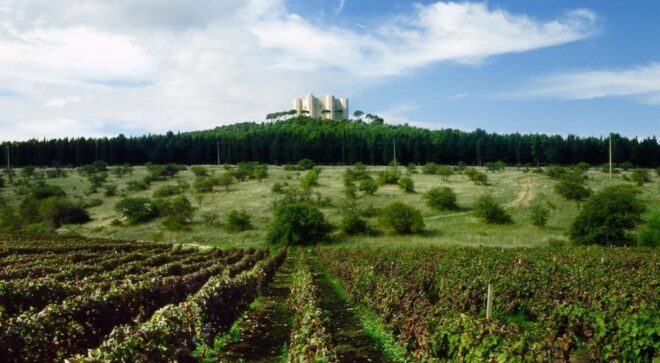 Discover the Daunia area of Puglia

Alberobello in Puglia : No other place like it in the World