Produced in the northern Veneto region of Verona, Monte Veronese cheese can claim to be one of the first dairy products in Italy to receive a PDO designation.

Made from local cow milk, grazing in the hillside pastures of the Dolomites, Monte Veronese is separated between two types with one comprised of whole milk and the other being a more matured variation.

The latte intero or whole milk version is left for a much shorter aging period, consisting of up to 60 days and doesn’t use the skim milk normally associated with the d’Allevo variation of the cheese. The more matured variant or d’Allevo Mezzano, while still semi cooked uses the skim milk rather the richer whole milk and is left for a much longer period to mature, with some Monte Veronese being left to age for up to 6 months.

Monte Veronese latte intero, with a much sweeter flavor than its matured variant, retains a yellowish hue indicative of the variety of cheese. The use of whole milk also lends the cheese a unique taste seldom seen from such a high a dairy concentration.

The Monte Veronese d’Allevo, while utilizing the same milk albeit to a lesser extent, has a differing complexity than its whole milk variant. The cheese is similarly aged for a much longer period, resulting in the d’Allevo having a more pungent taste. Both variations retain the same texture.

The Monte Veronese acts as an all-round cheese, with its two varieties being used both for grating as well for accompaniments to salads or starters. It also helps to compliment any pasta dish, adding an additional level of complexity. 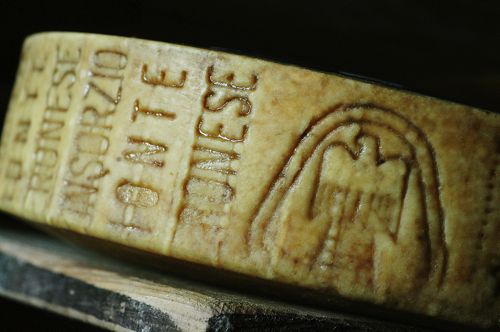