Vernaccia di Serrapetrona DOCG is an appelation located about 60 Km from the Adriatic sea, in the province of Macerata, Marche. Its vineyards are mainly in the municipality of Serrapetrona.

Vernaccia di Serrapetrona DOCG is a unique sparkling red wine in the enological scene. It is a sparkling wine vinified in red made with Vernaccia grapes, a local black berry vine, which are partially dried during the winter months. It also undergoes three fermentations before being bottled: the first one is made with the basic must, the second one after adding the must produced with the dried grapes, the third one in the autoclave.

The best grapes are placed in special rooms to dry, the rest is pressed at the time of harvest and placed in steel ferments for the first fermentation. After about two months, the raisins are also pressed and left to ferment (second fermentation). The two parts, partially fermented, are finally joined and placed in an autoclave for the third fermentation to take place.

The watertight environment allows that during the refermentation and second fermentation process, carbon dioxide, natural aromas and fragrances are not dispersed. This production methodology has very distant origins and has been handed down in this area of ​​the Marche for several generations, since wine was a fundamental subsistence food for farmers and from their far-sighted wisdom we now have the opportunity to have a product with a strong and original personality. 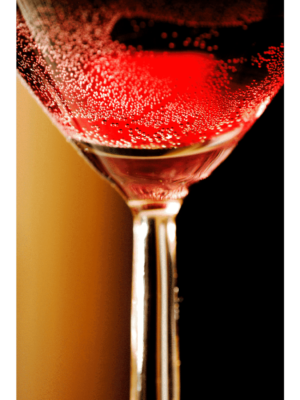 The designation is relatively small, as is the number of producers, despite the fact that the area is dedicated to vine cultivation since the Middle Ages.

The vineyards are mostly distributed in the hills, between 200 and 500 m above sea level, on stony-clayey and calcareous soils.

Vernaccia di Serrapetrona DOCG is a natural red sparkling wine, 85% of which can be obtained from the native Vernaccia Nera grape and the remaining 15% from Sangiovese, Montepulciano or Ciliegiolo.

The result is a wine with an evanescent, fine-grained froth with a subtle and persistent perlage, a red color with nuances ranging from garnet to ruby. A wine with an aromatic scent of red fruit from the undergrowth of jam and spices.

This ruby red sparkling wine made from black Vernaccia grapes is dry and sweet, with red berry notes and pairs well with aged cheeses, goat cheese or ‘formaggio di fossa” as well as with meats and salami. 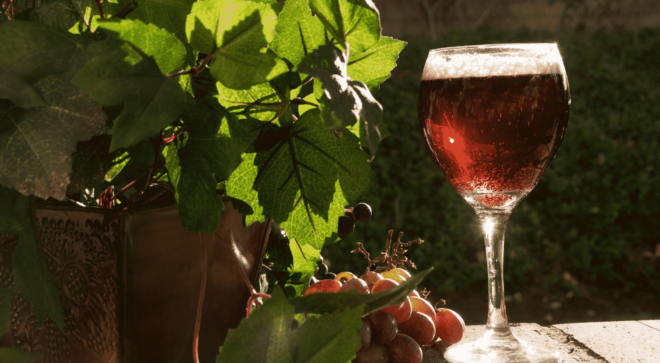 Discover the Frasassi Caves in Marche

The Basilica of St-Francis of Assisi: One of the treasures of Italian religious art