Situated in the heel of Italy, Puglia is one of the country’s most culturally and geographically distinct regions.  First colonized by Greek settlers, this hot and arid region has become somewhat of quagmire within Southern Italy. While not as remote as Calabria and lacking Campania’s freneticism, the region has nevertheless made its presence known among the more discerning tourist looking for an alternative to Italy’s more popular regions. With its distinct conical buildings and its fortified Masseria farmhouses, Puglia’s countryside acts as its greatest asset, convincing naysayers who often overlook the region for more established tourist outposts.

Puglia’s capital, Bari, acts as a hub for those looking to venture across the Adriatic. As has become tradition in Southern Italy, the city retains many of its Norman roots, with the Castello Svevo, watching over the city from its cliffside perch, acting as a reminder of the regions storied past. Bari Vecchia provides a more traditional look at the coastal city, with narrow streets and many of the city’s historic churches situated in or around the area.

The cities of Bisceglie, Molfetta and Trani are in the territory of Gal Ponte Lama and are one of the most popular places for the production of oil and wine.

The city of Lecce, often called the Florence of the South, provides an ample dose of renaissance culture for those missing the more art-centric north. The city replete with churches and 17th century Palazzi acts as an oddity, being the only city of kind within Southern Italy. The Basilica di Santa Croce and the Chiesa di Santa Chiara both provide great examples of the Baroque architecture that have come to define the city.

The Parco Nazionale del Gargano, in the north of the region in Daunia, provides a great alternative to the more arid south. Situated near the border of Abruzzo, the national park is home to the Foresta Umbra, one of the oldest in area and a great escape during the sweltering summer heat. Visiting the park provides a great excuse to picnic or hike its many trails.

Another beautiful place to see is Alta Murgia National Park where you can find Castel del Monte, one of the symbols of this region full of history.

With a distinct geographical difference between the North and South of Puglia, winemaking in the region has come to reflect the environmental divide. While the more northern half, bordering Molise and Abruzzo, shares many of the same appellations and winemaking traditions as much of Italy, it’s the Southern half of Puglia that truly stands out as a unique wine producer. It’s here that the Primitivo and Negroamaro grape varieties thrive, bathed in the near constant  Apulian sun.

Tourists to Puglia would be remised not to visit the Orecchiette ladies in Bari Vecchia. Situated in the old town’s narrow streets, the women handmake the ear shaped pasta on long wooden tables in front of their homes. The process passed down from generation, showcases the importance that culinary tradition plays within Italian families, much to the delight of hungry tourists.

With much of the areas agriculture composed of olive oil and grapes, it is no surprise that one of the area’s most popular breads is baked with olive oil. Frisella, a dry bread that is traditionally dipped in oil, has acted a form of sustenance for the many of the agricultural workers in the regions past and provides a great accompaniment to a bowl of Orecchiette.

Food Producers in the Region 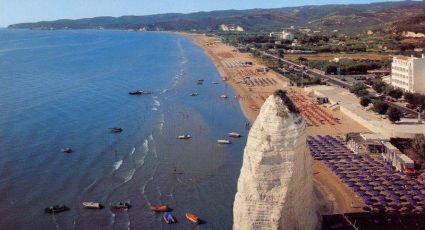 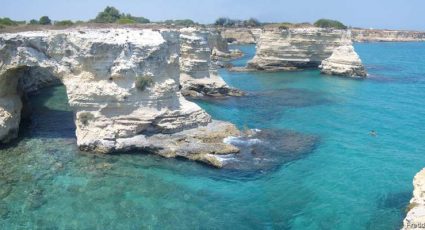