Regarded as one of the oldest producers of Prosecco in the Veneto area, La Tordera, situated in Conegliano Valdobbiadene, shares a storied past the with the sparkling wine.

With its vines planted on the foothills of the Dolomites, the vineyard is ideally placed to utilize the nutrient rich soil as well the area’s temperate climate that has become so indicative of the Veneto’s wine production.

Their Valdobbiadene DOCG wines, the vineyard’s most acclaimed, have helped showcase the Veneto’s ability to produce wines that are on par with the best of Italy if not Europe. This is particularly true with La Tordera, where their Prosecco’s have become a showcase for the region, with their sparkling wines being distinguished by a trademark fruity and floral bouquet as well as being lighter bodied than those of the surrounding area.

La Tordera prides itself with its agricultural sustainability, a trait that is seen throughout the production methods. With a philosophy emphasizing the “natural balance” of the surrounding area, La Tordera has placed a greater emphasis on creating a working relationship between the local economy of Conegliano Valdobbiadene and the surrounding environment. This relationship, priding itself on working to better their community, has seen La Tordera produce Prosecco that is rooted in the land, with a clean and easy drinkability and a guarantee of a sustainable and locally sourced production.

A Taste of the Land Tasting 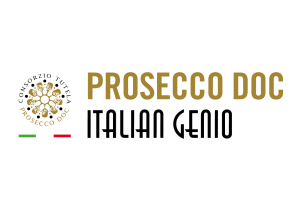